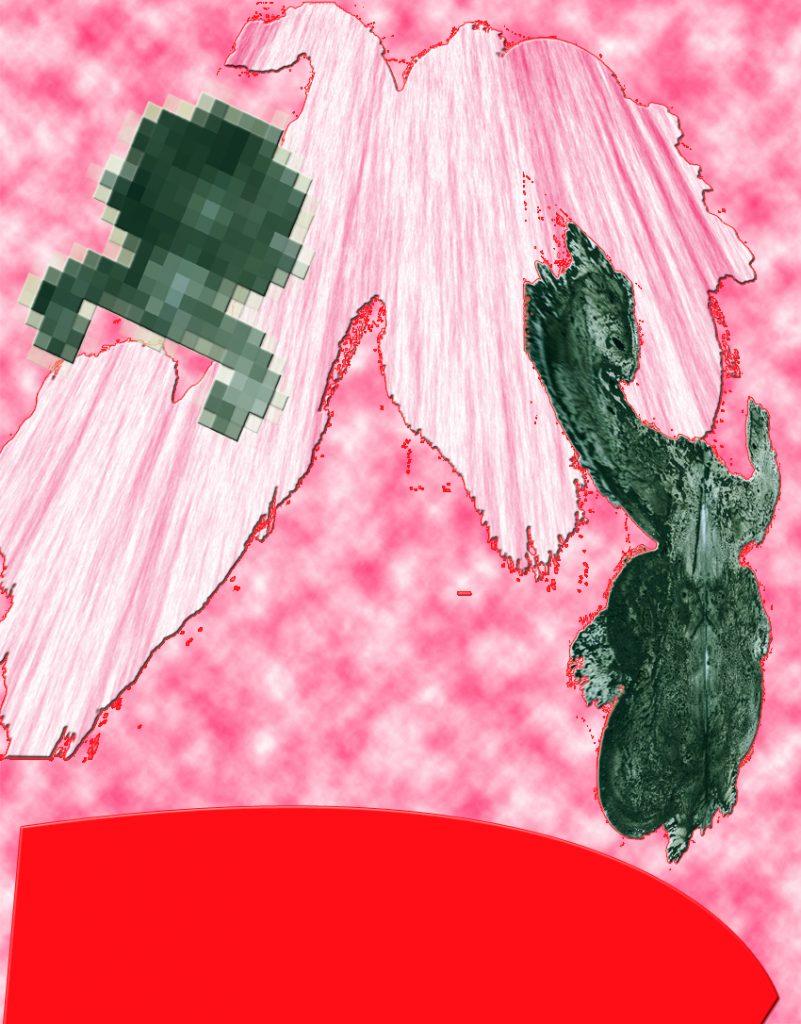 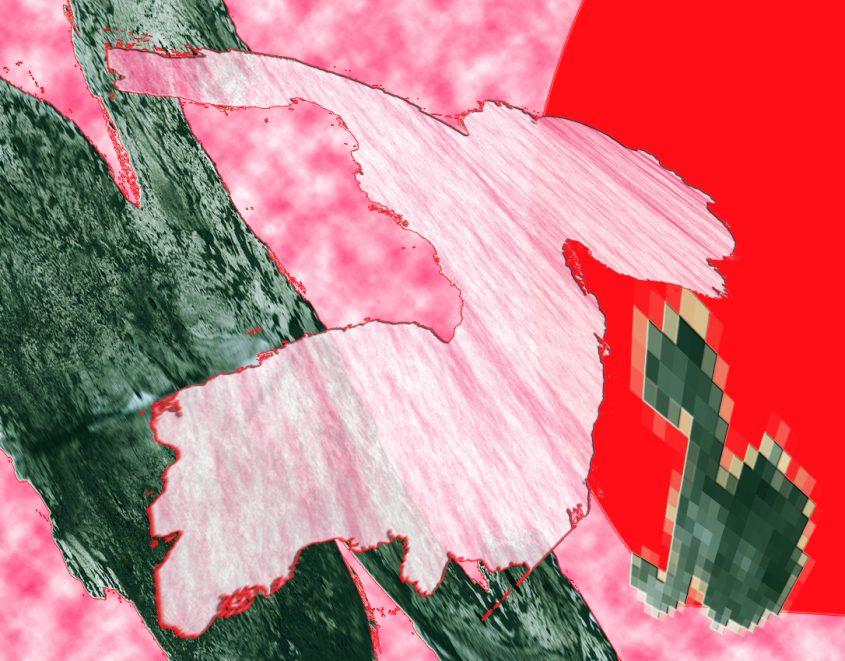 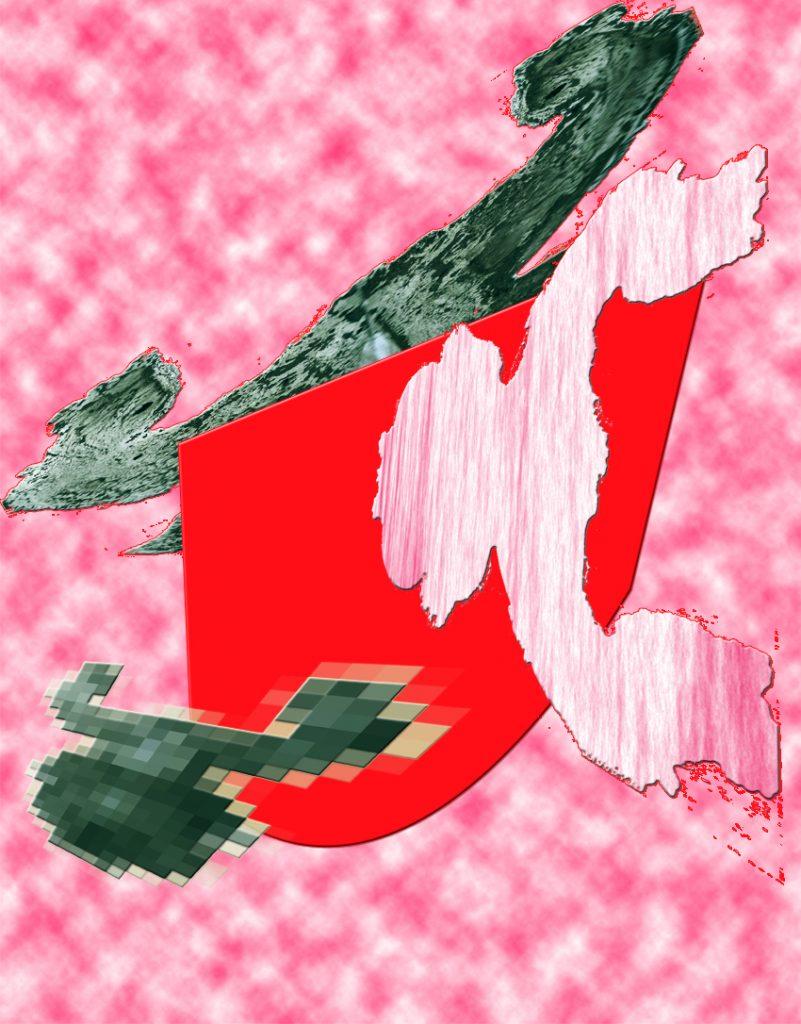 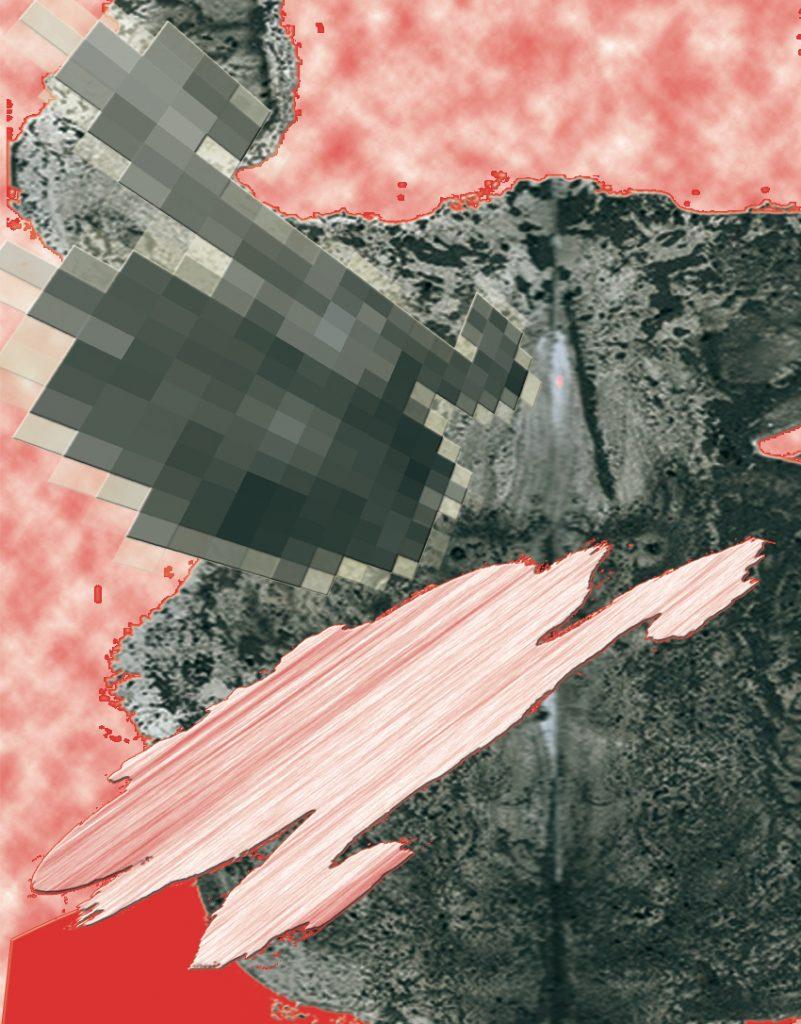 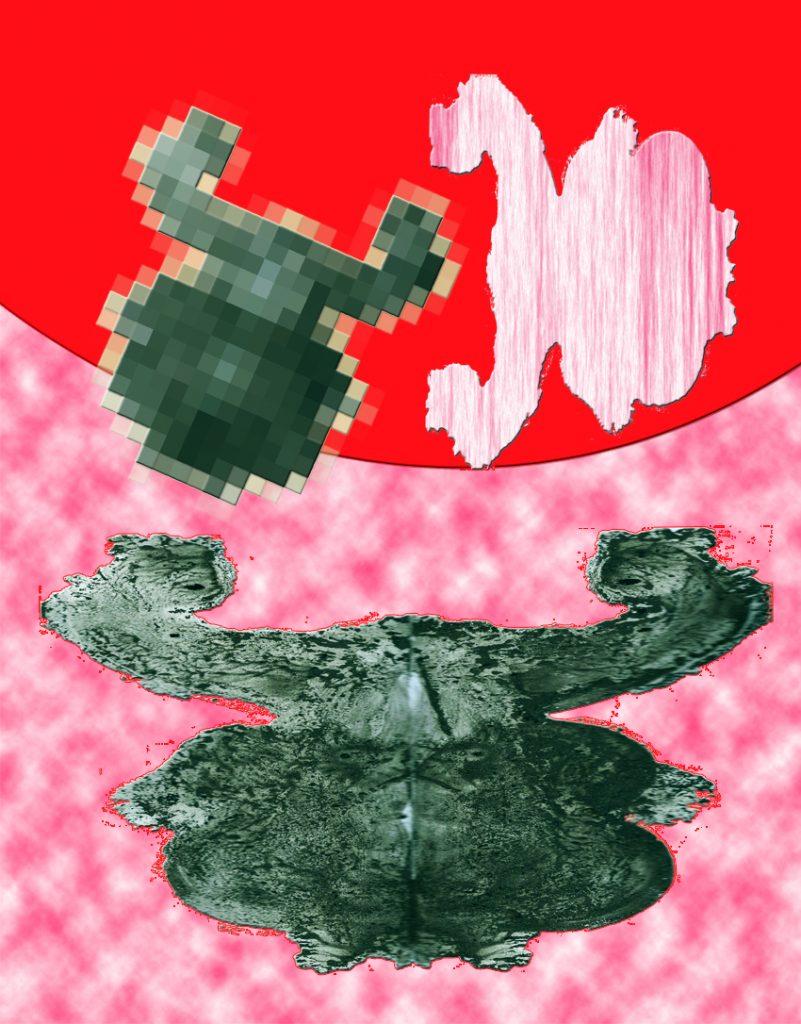 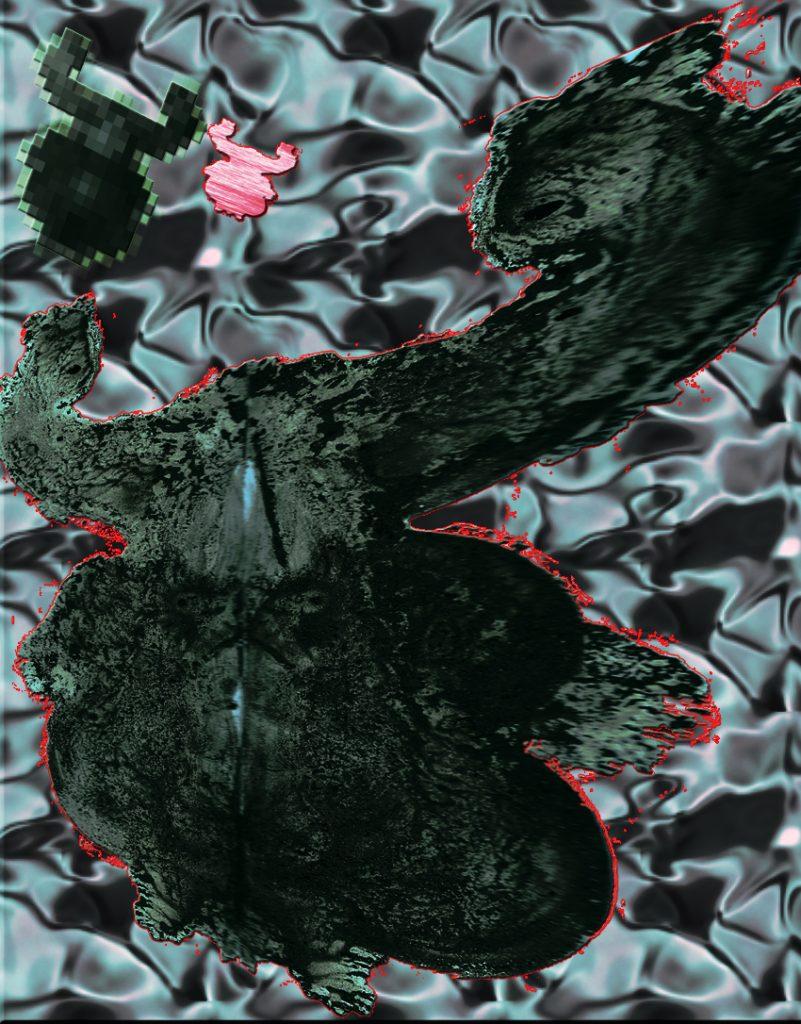 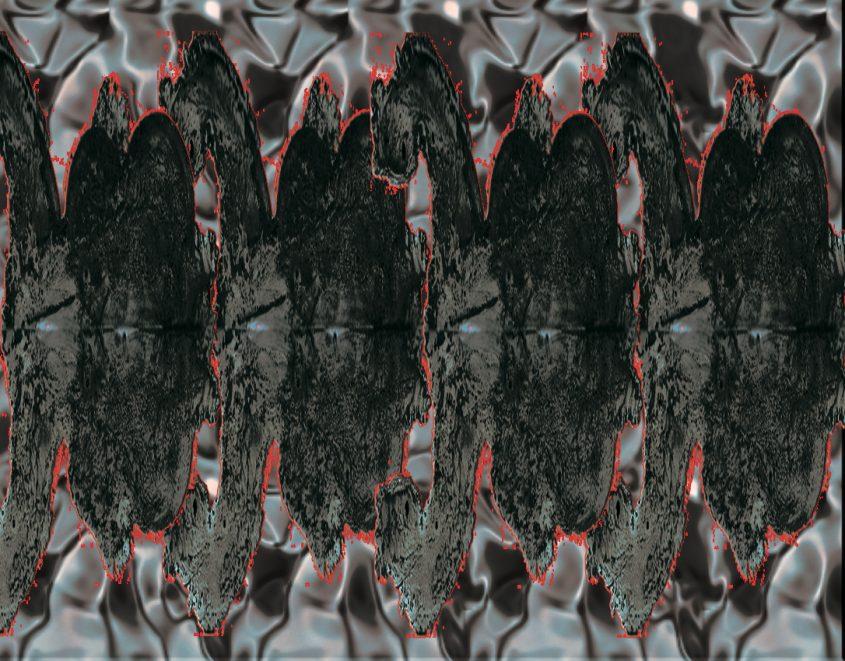 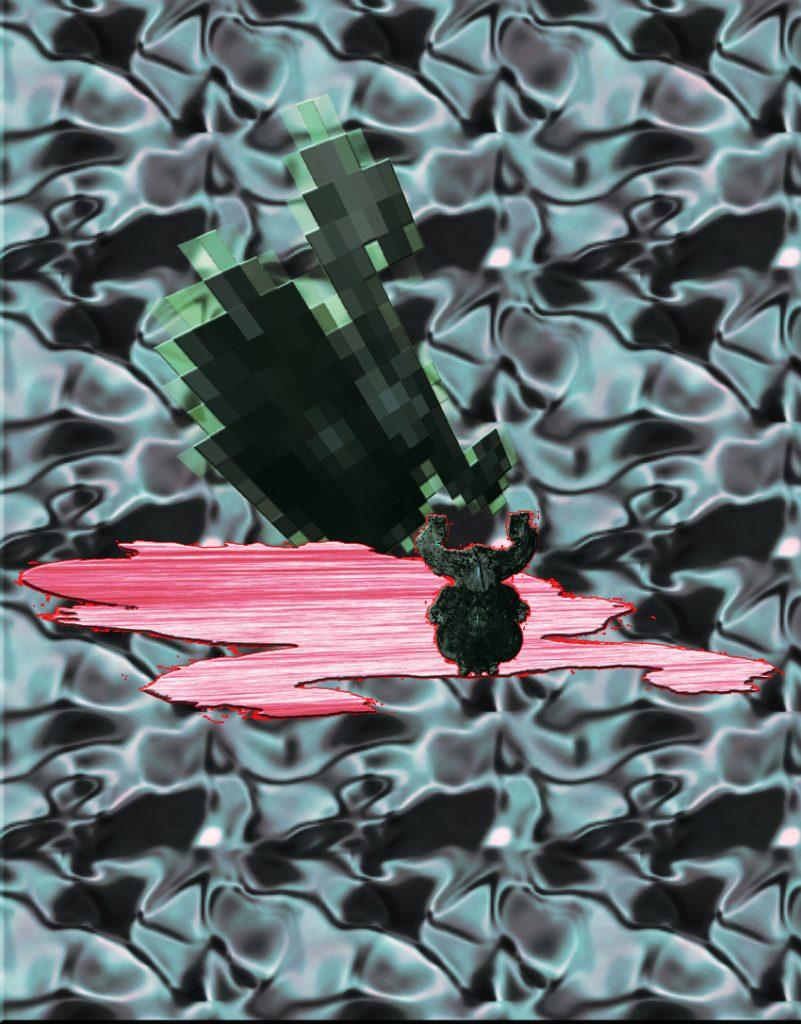 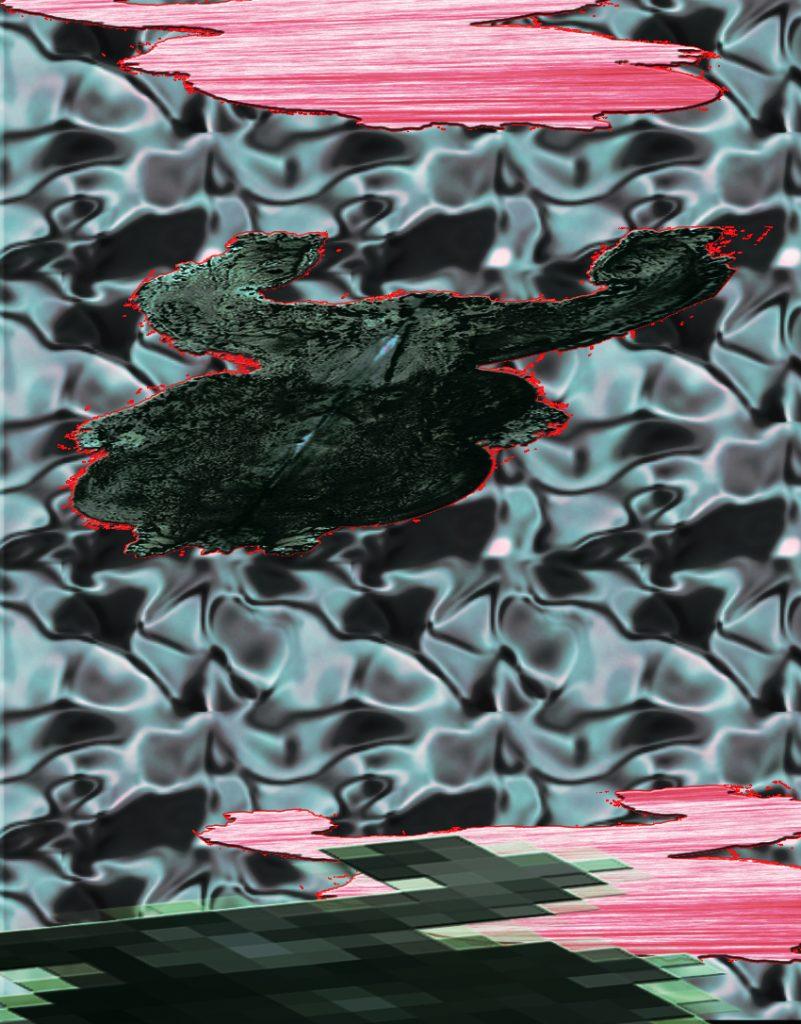 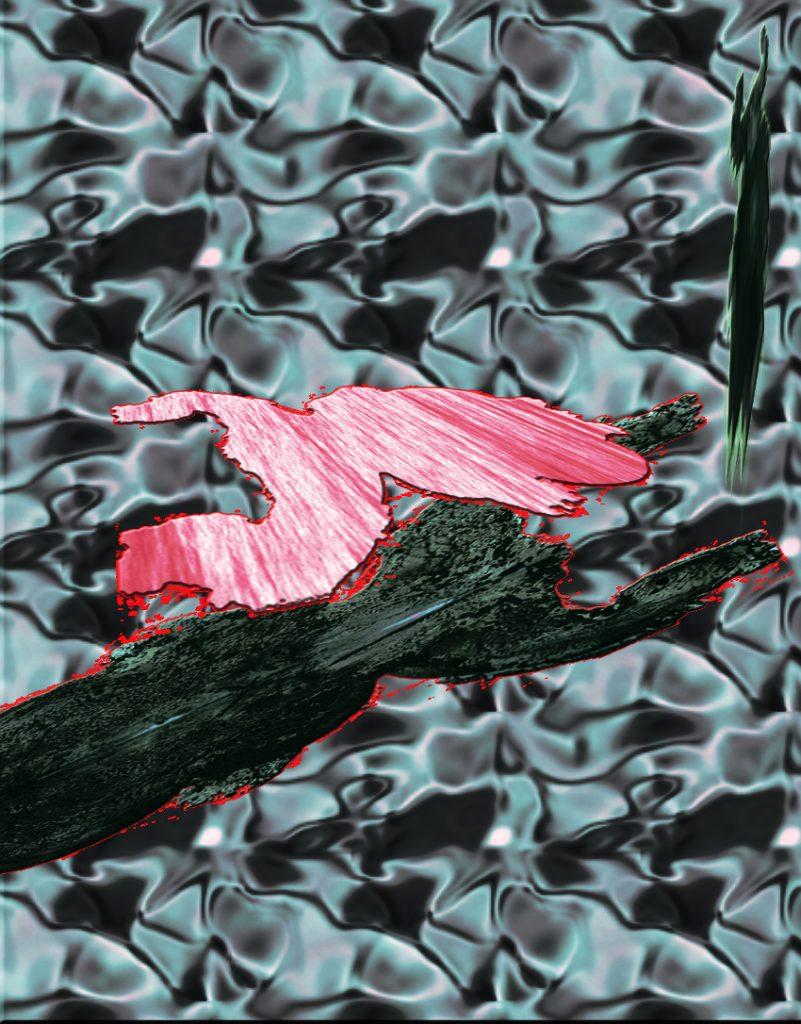 The title 3 FUNNY MEN refers to the concept of the Third Industrial Revolution (also known as Microcomputer Revolution or Digital Revolution), which was induced by the invention of computers and the accompanying digitalization. At the end of the 20th century, technology and almost all areas of life were thereby undergoing a radical change and transition. The basis of the digital graphics 3 FUNNY MEN is a DIN A4 sheet with ashes in egg tempera that was produced using the analogous process of “klecksography” (inkblot images). Historically, this technique gained fame through the Rorschach test, which is used in personality analyses and considered one of the most famous psychological tests. Eventually, this “klecksograph” was fed into a digital processing program and was altered, edited, or, if you like, manipulated with the help of different filters. Every single element of the graphic is based on this one analogous imprint made from ashes. For the editing by means of computers, filters from the beginnings of digital image processing were used deliberately.