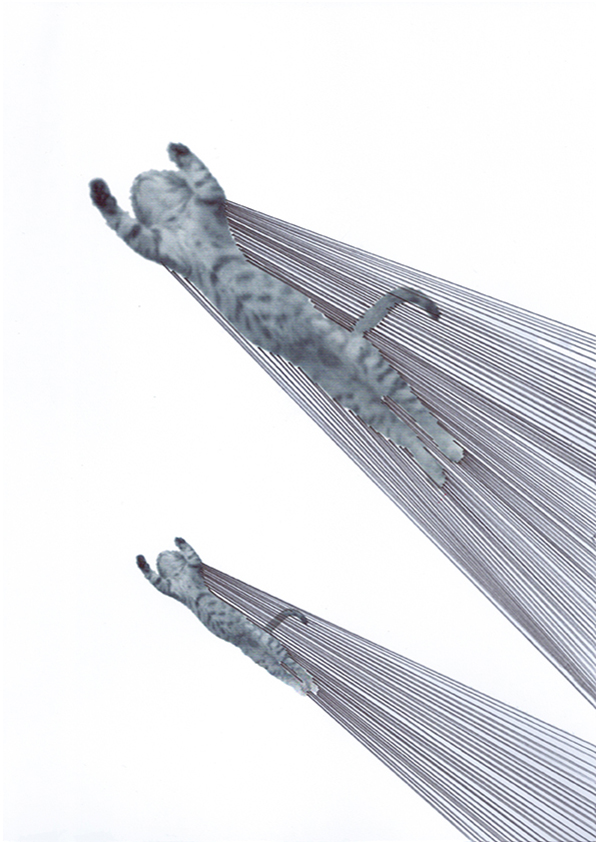 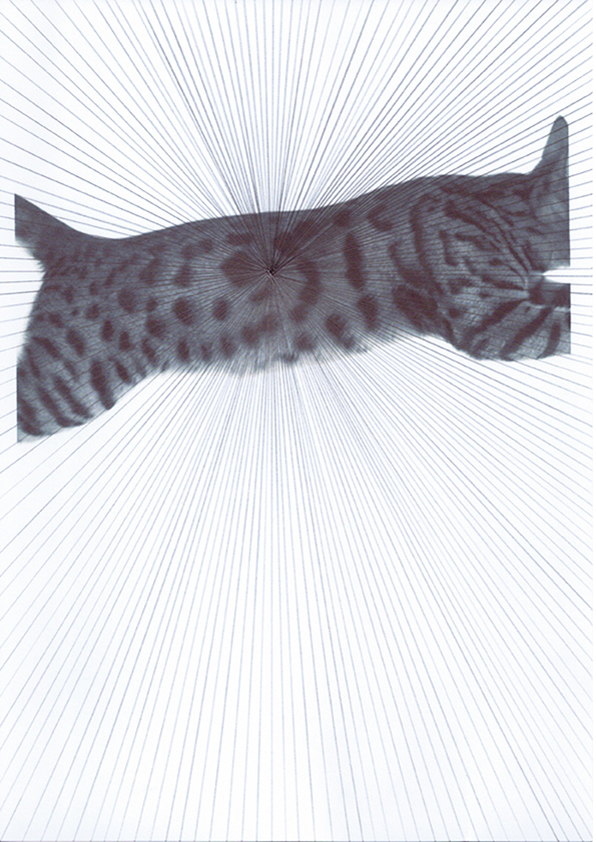 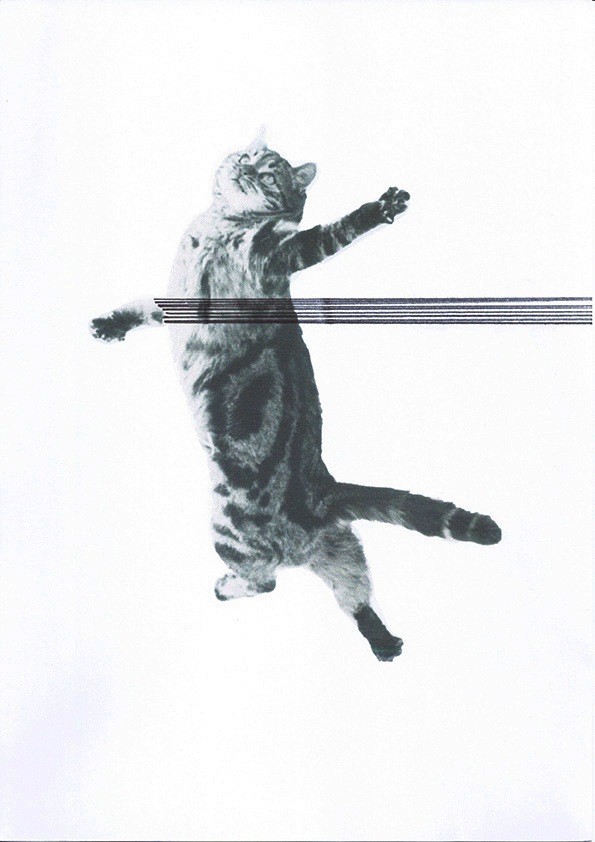 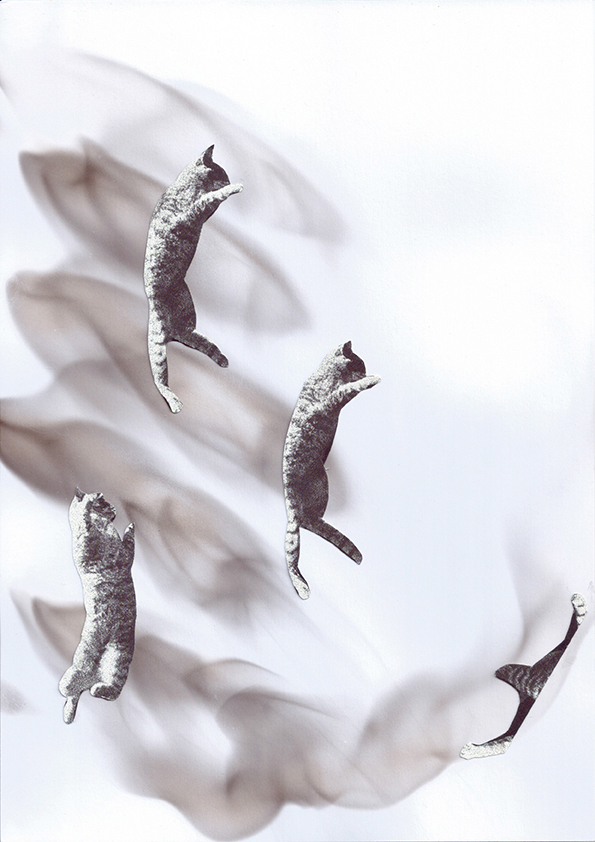 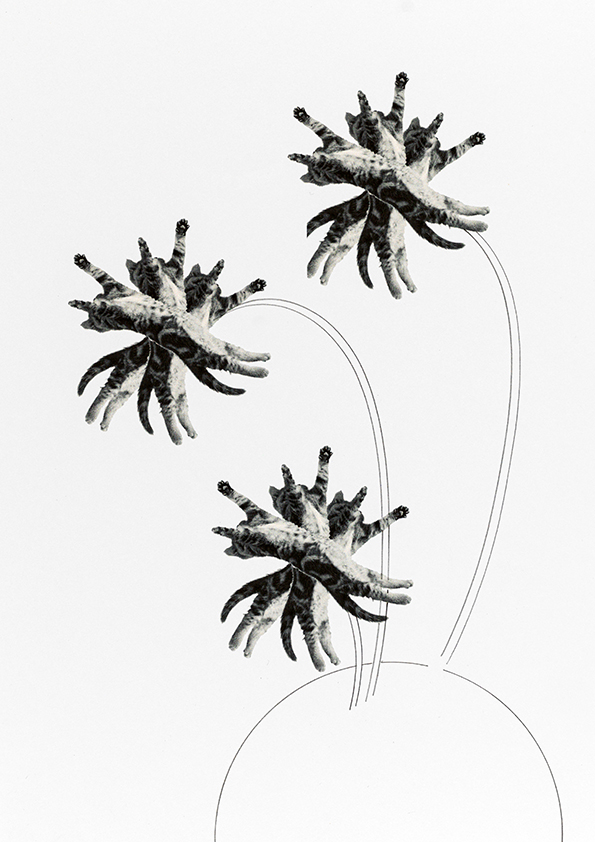 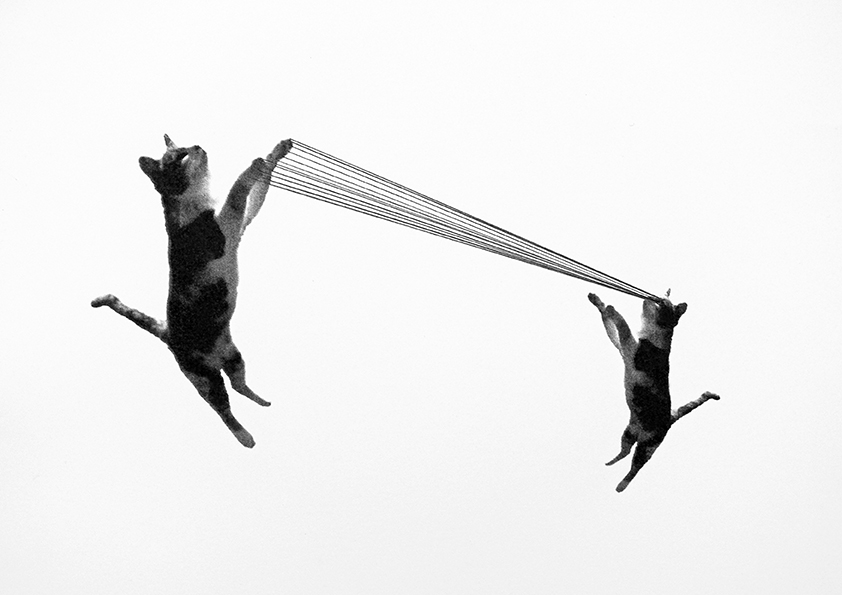 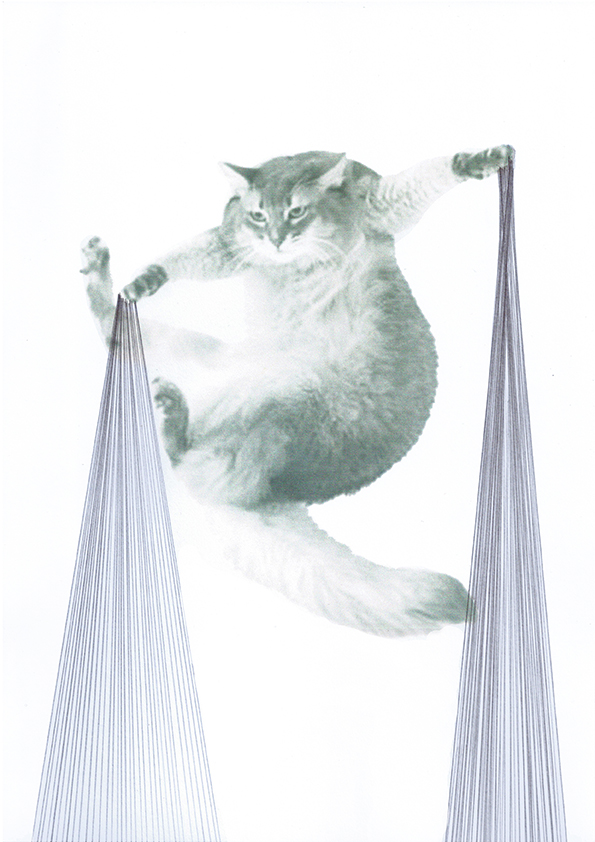 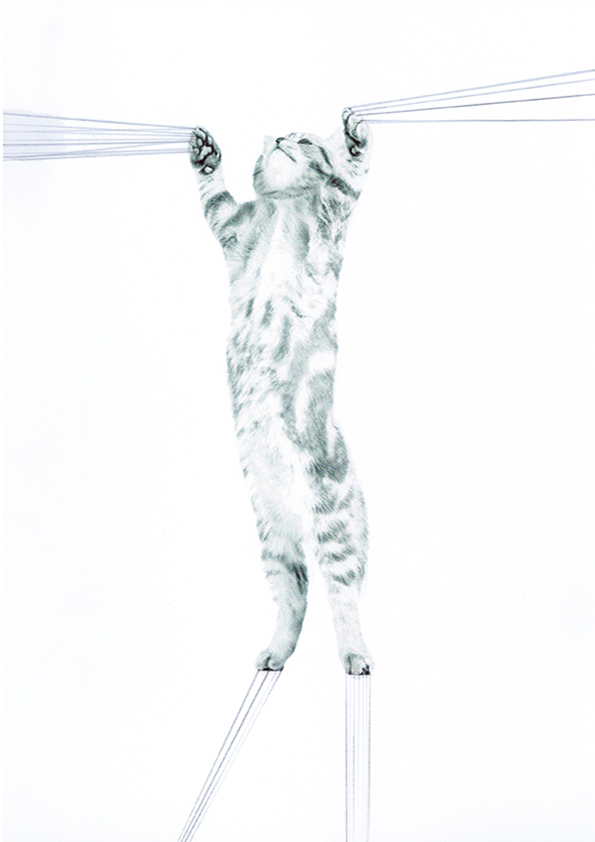 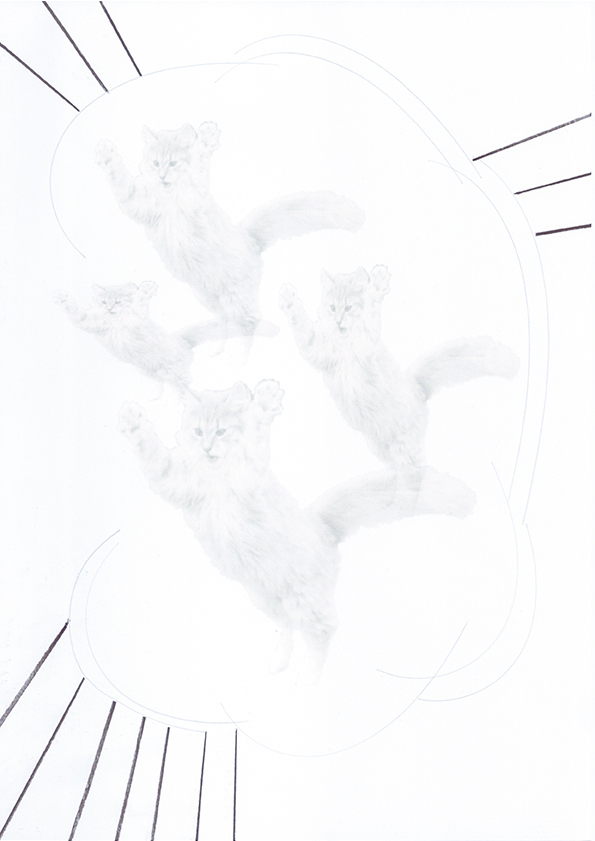 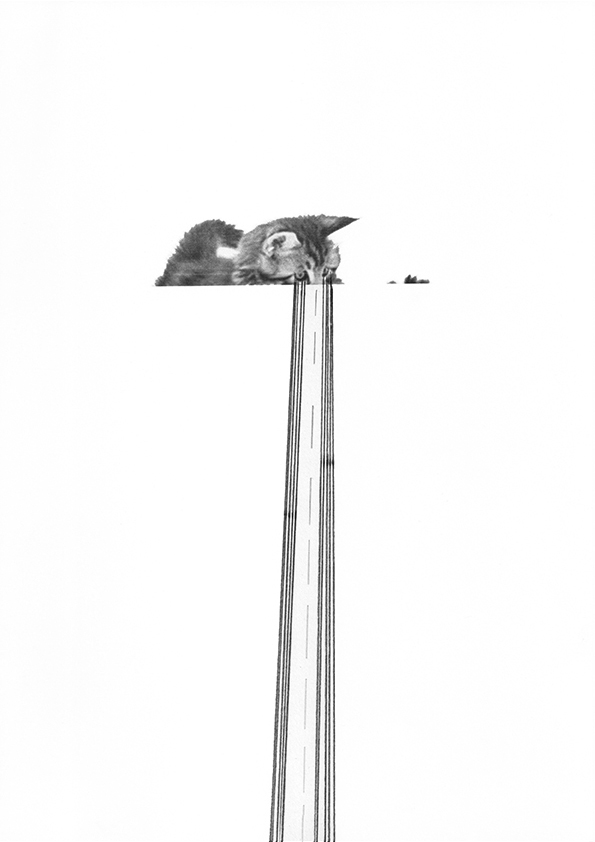 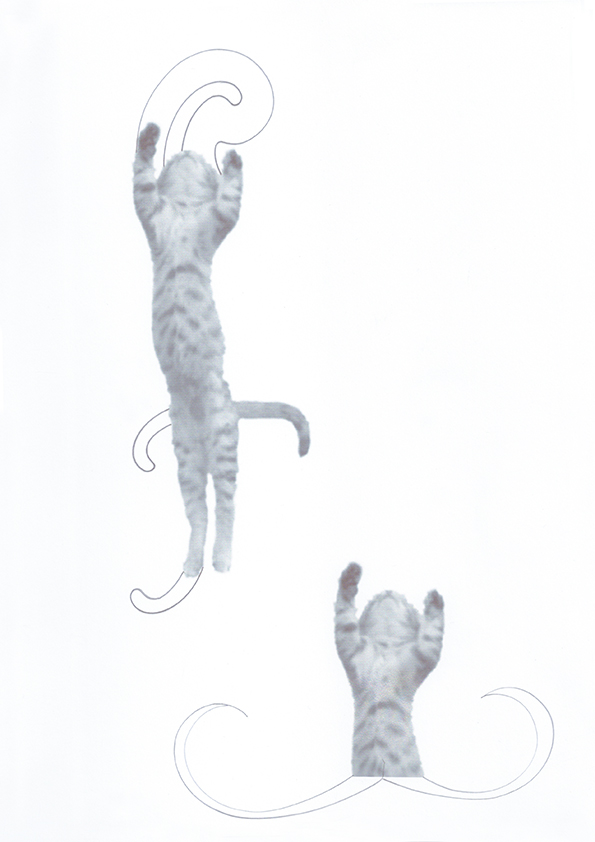 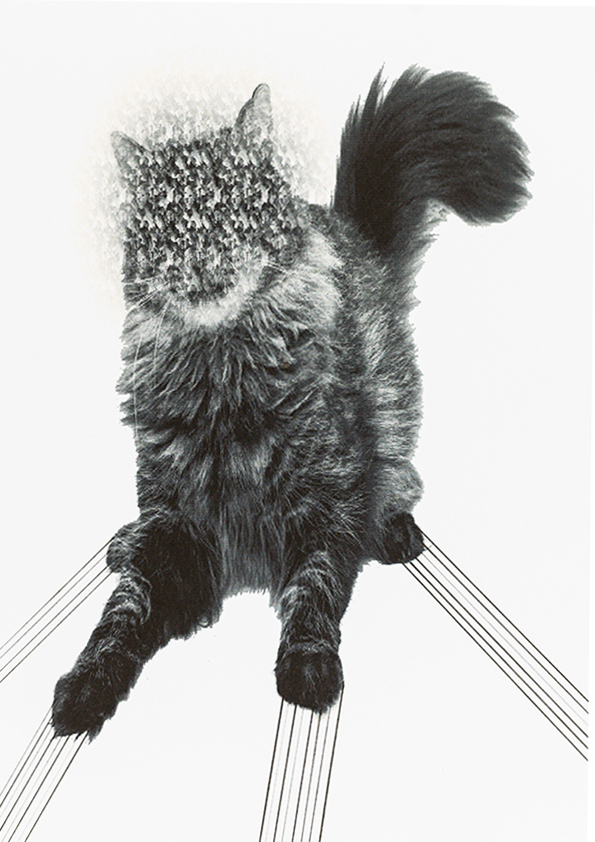 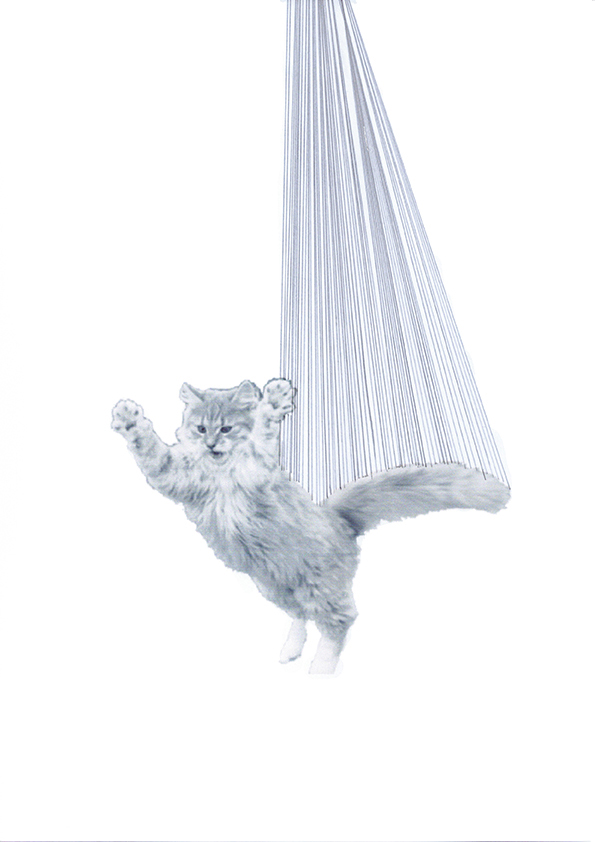 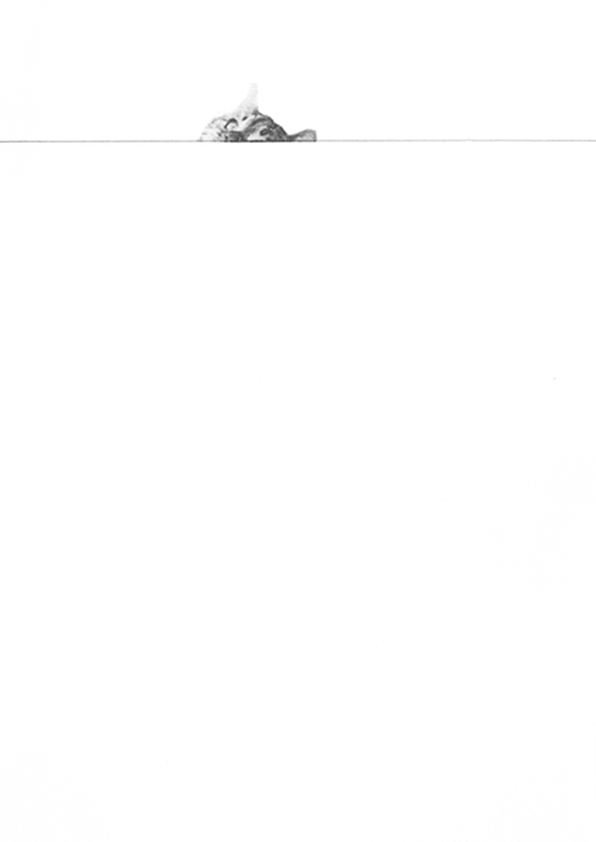 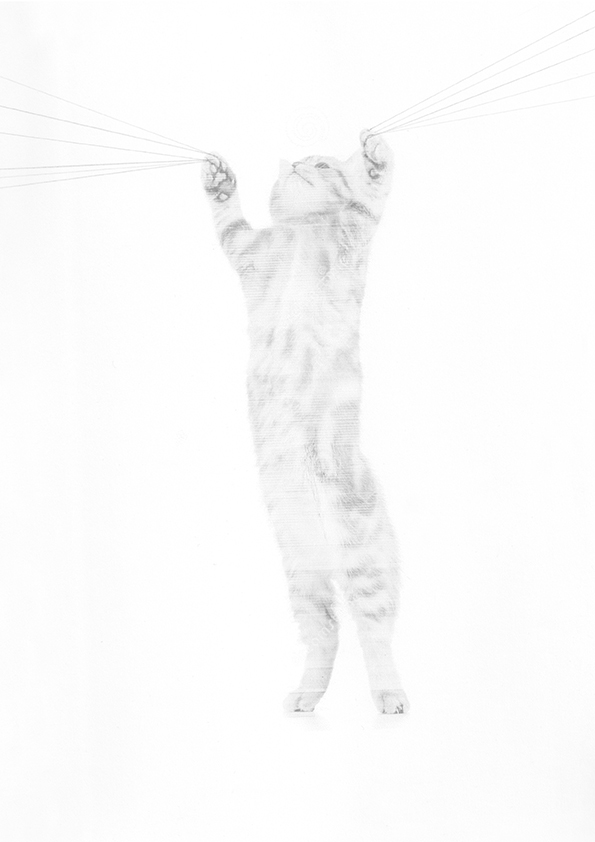 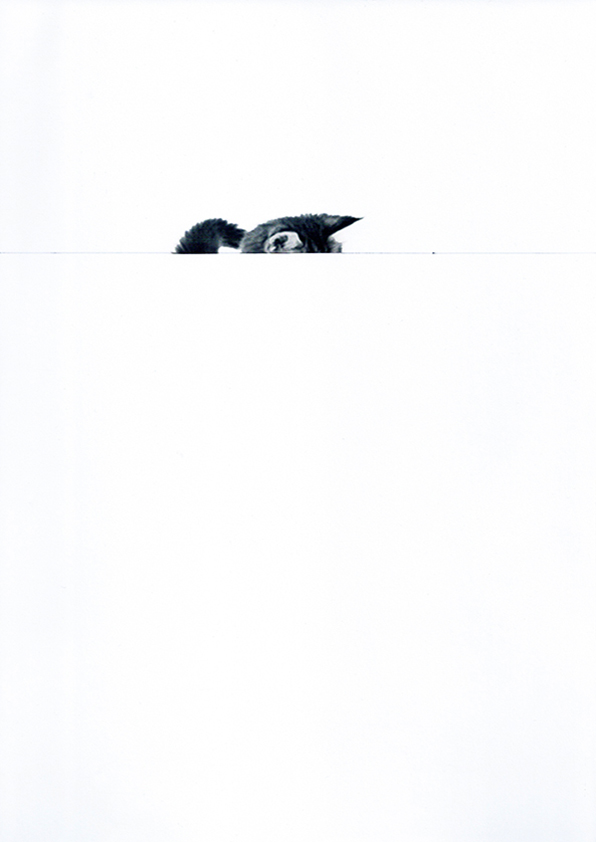 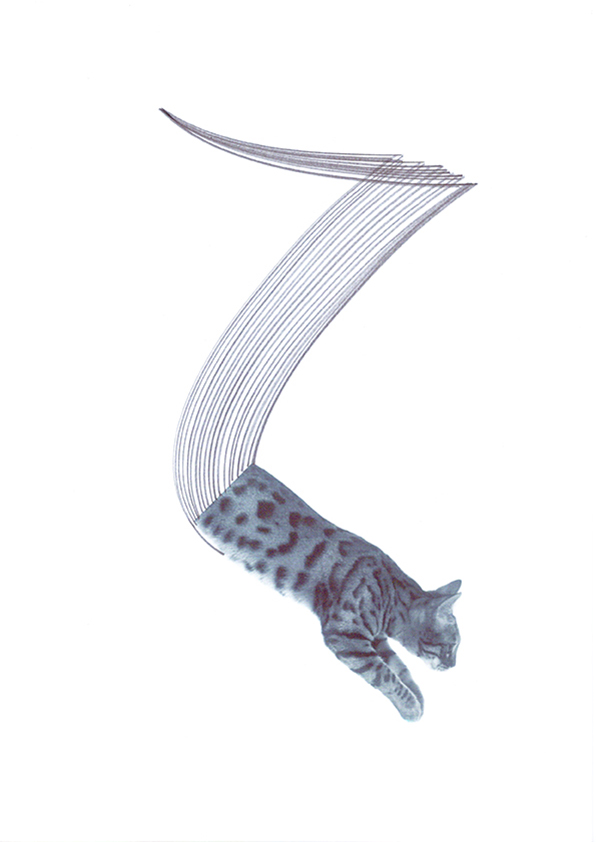 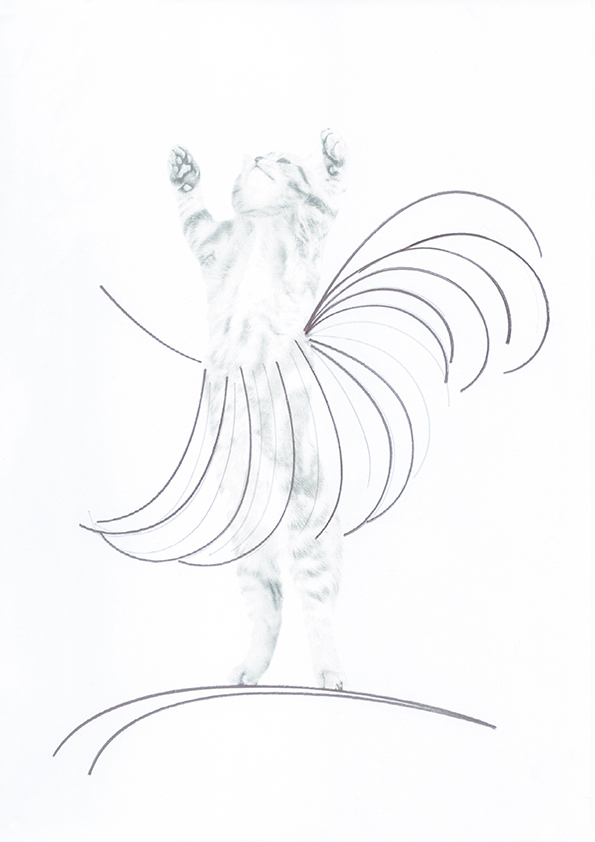 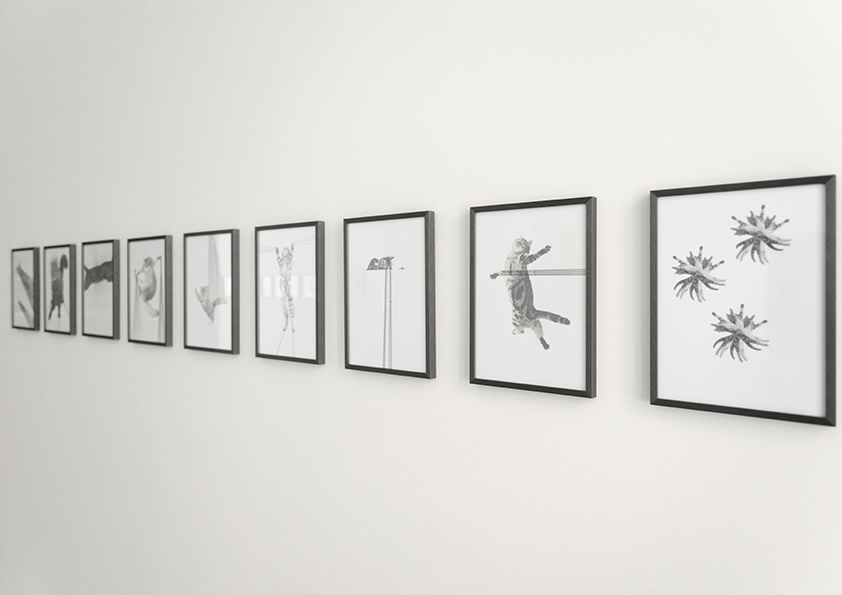 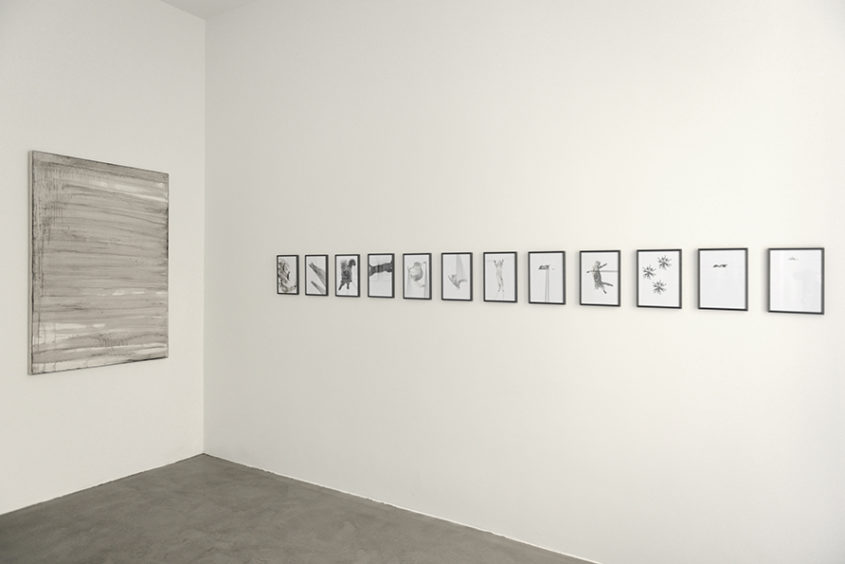 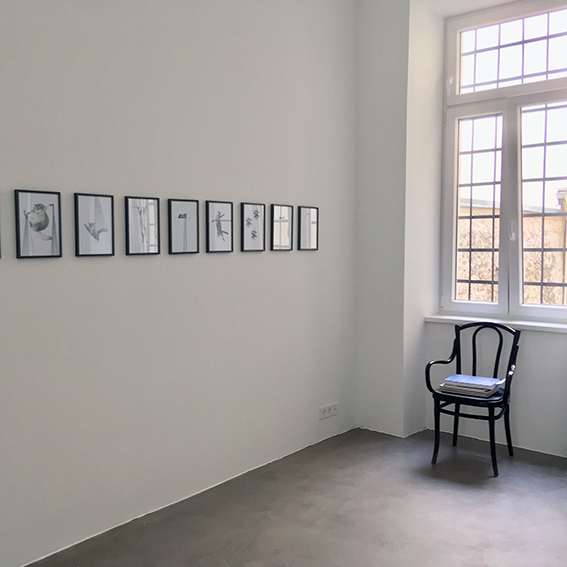 The cat motif of the collages and fumages refers to the so-called “cat content” as an essential component of the Internet culture. It illustrates the absurdity of the humanized cats and the accompanying retreat of human beings into a supposedly ideal world.

Holleis’ cats are from the Internet, the place where this animal experiences a mythical revival, which is reminiscent of its worship in Ancient Egypt. The myths surrounding this creature are not new either, which shows that the history of mankind as a retrospective catches up with us again and again. Magic and superhuman powers have always been attributed to animals in myths, legends, tales or religious narratives. Today, this is something Marvel, DC and other comic universes on Netflix and at the cinema take care of. The new supermen are nothing else than old gods in a new guise appearing in the same old stories, but not without claiming the moral high ground and an unbearable pathos at times. The question arises as to why God and deities crawl into our consciousness and thereby into our world over and over. The psychoanalyst Leo Kaplan explains the emergence of gods and their omnipotence by means of narcissistic affects in connection with projections on the environment. Thus, there is always something that inexorably pushes from the inside out, phantoms, ghosts, images or the like. Holleis’ cats probably possess eternal life as well as superpowers that they unabashedly use by pulling the strings and making us (humans) their puppets. Their game, their rules and we comply because it caresses the submissive side of us.