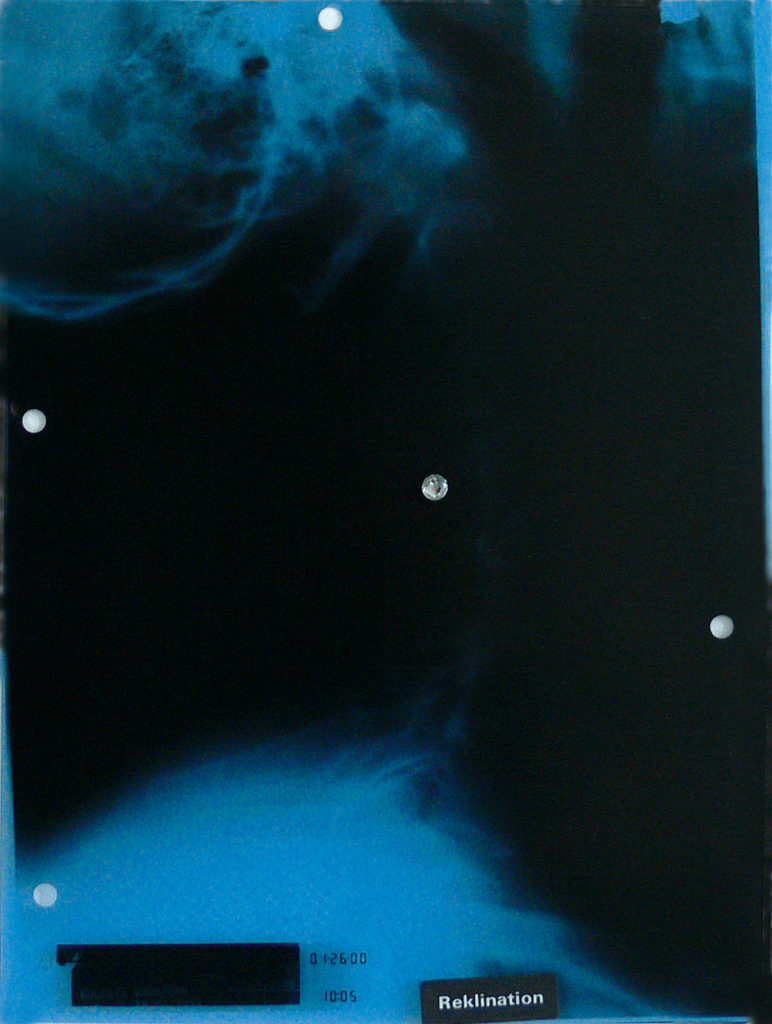 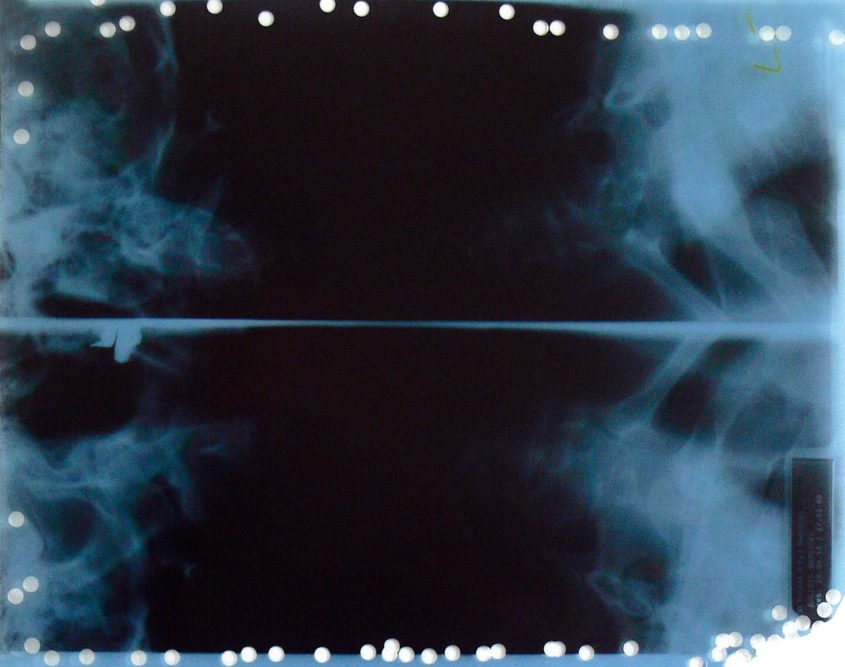 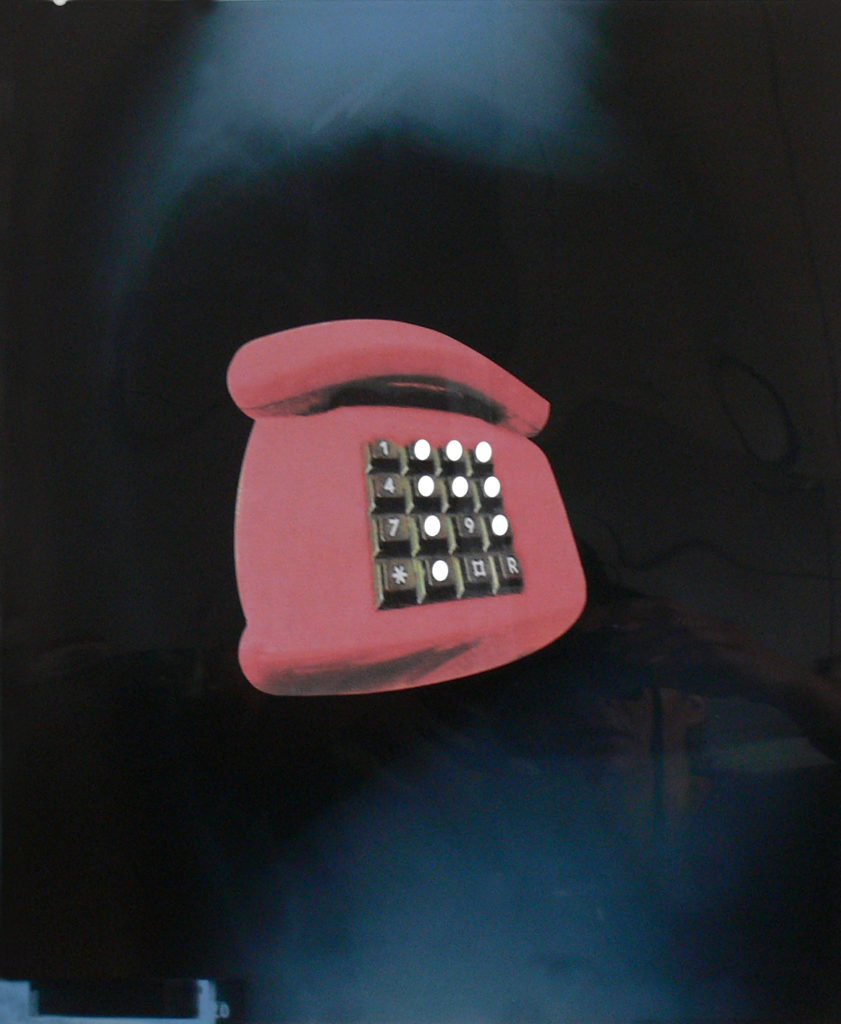 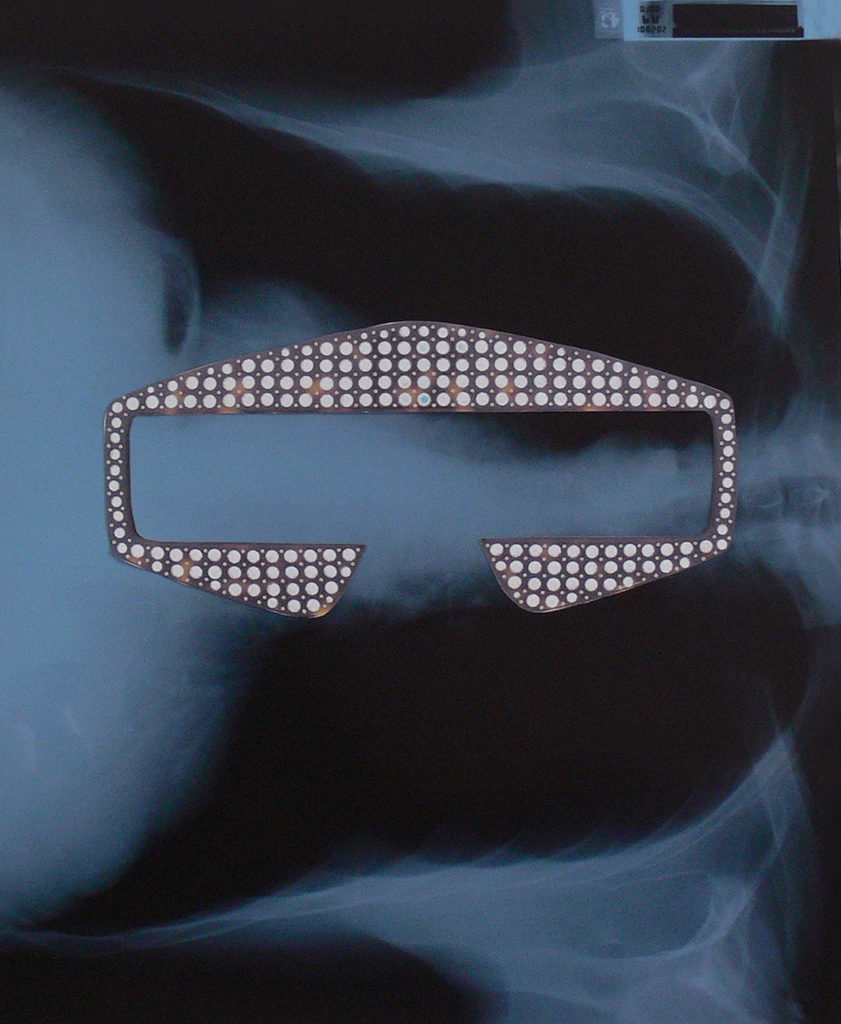 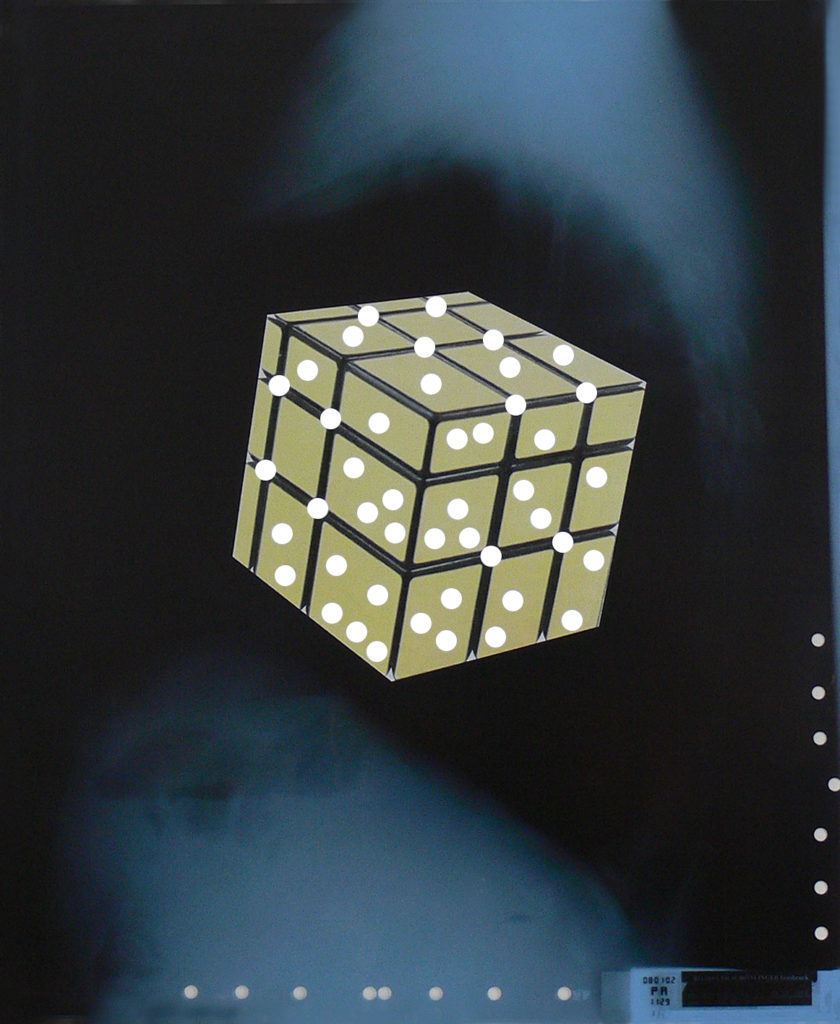 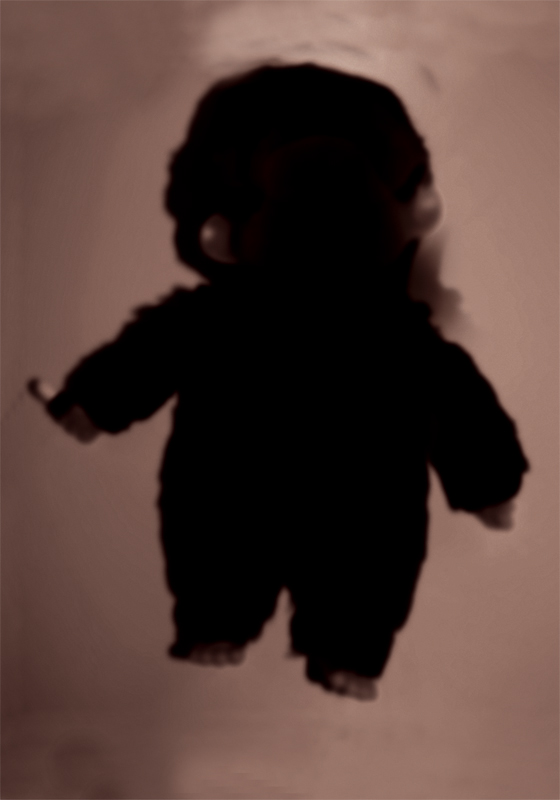 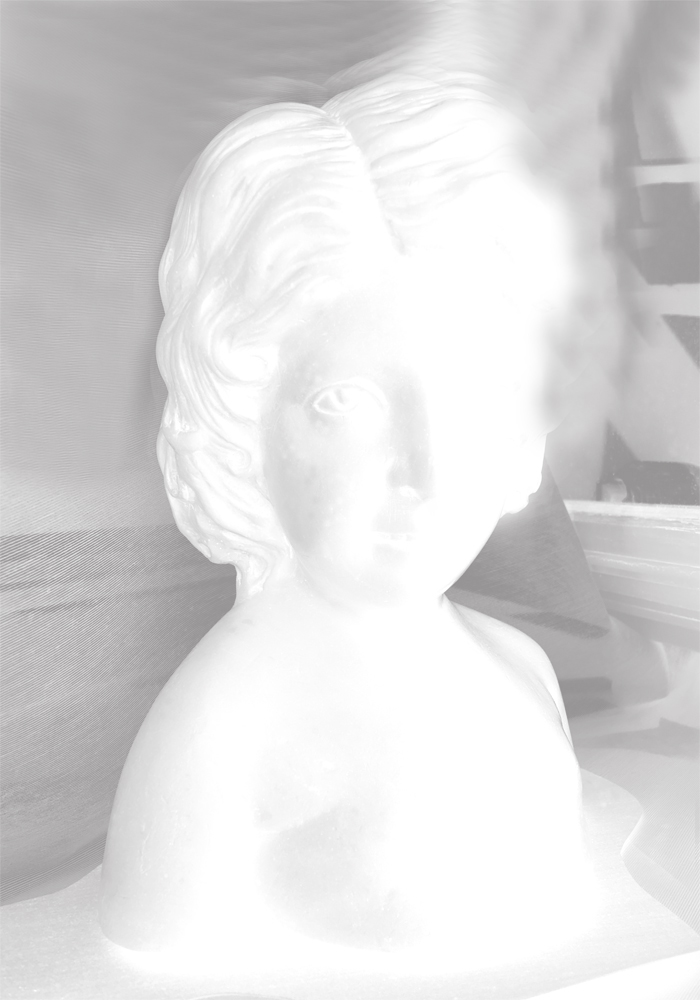 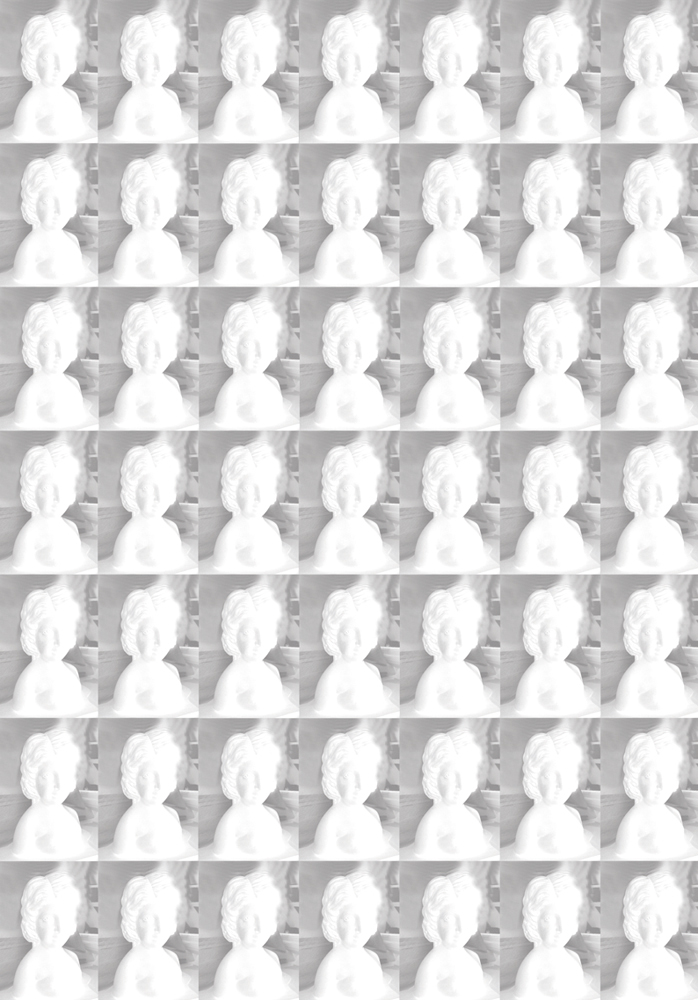 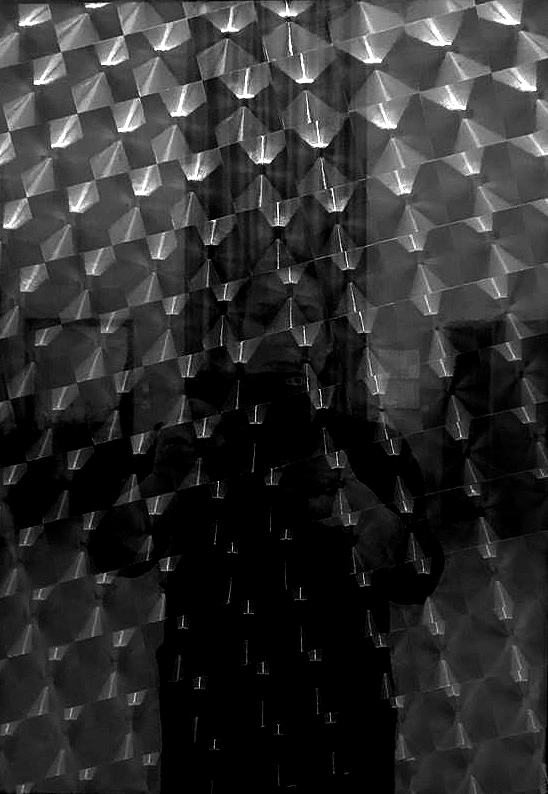 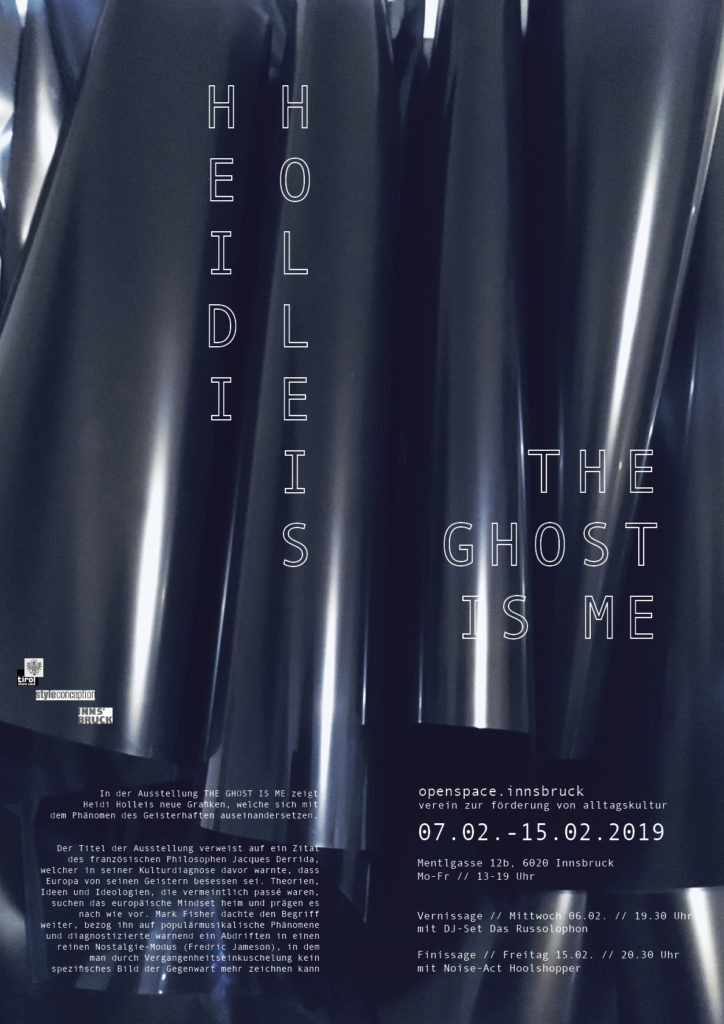 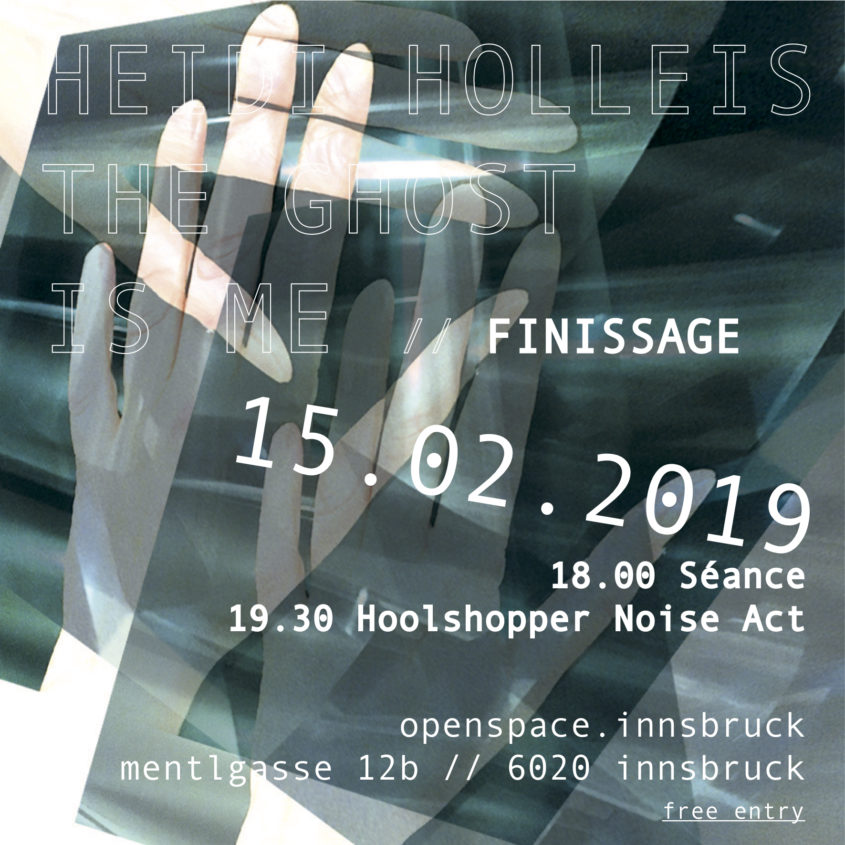 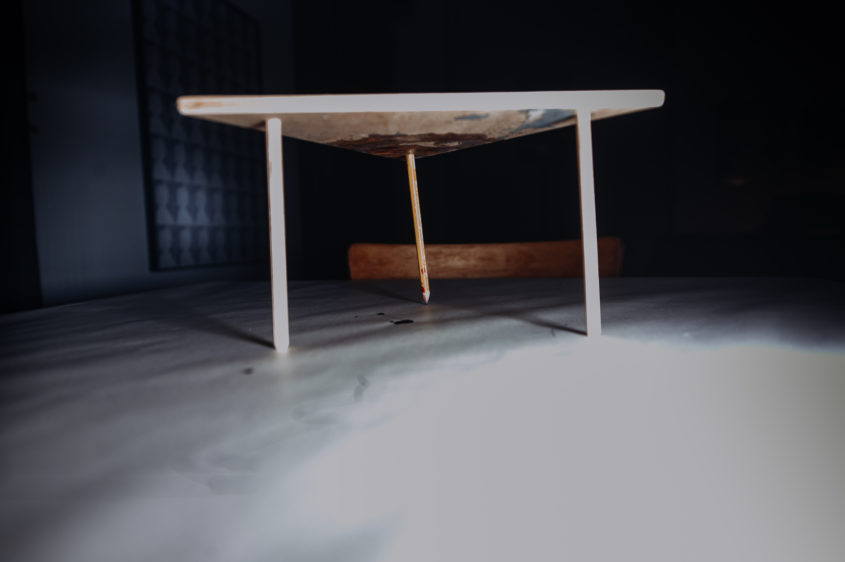 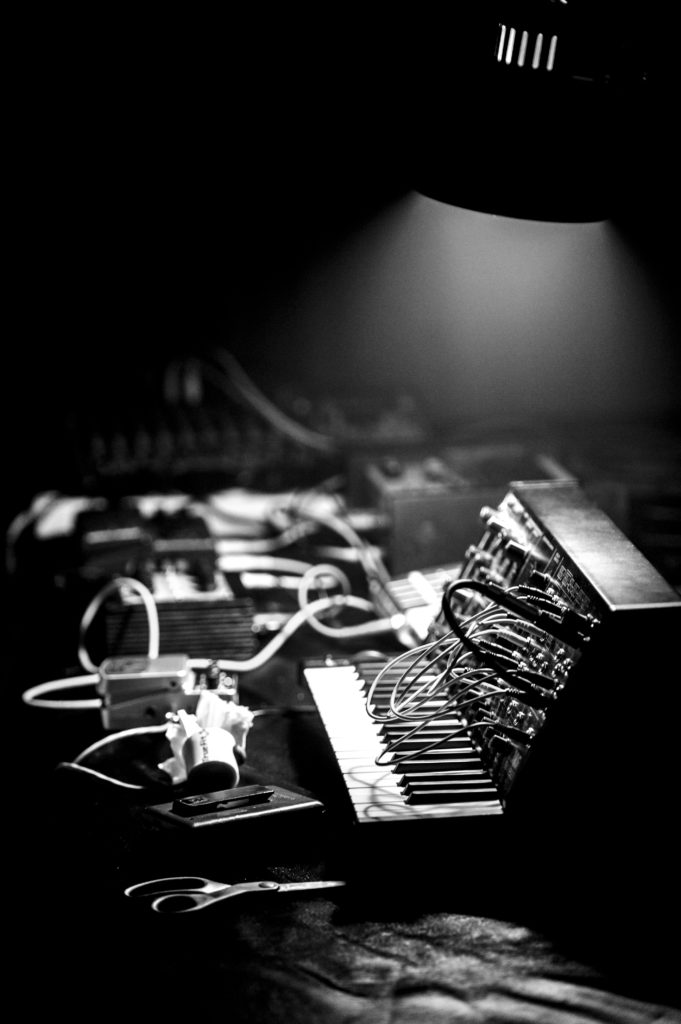 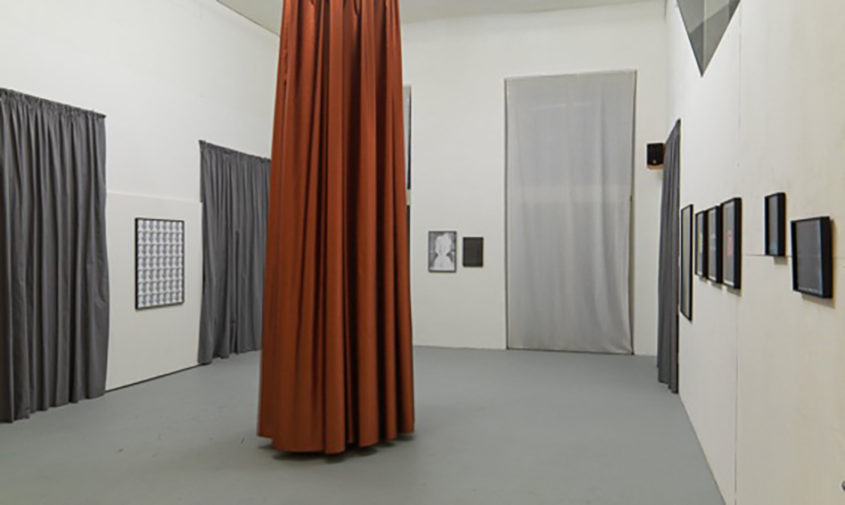 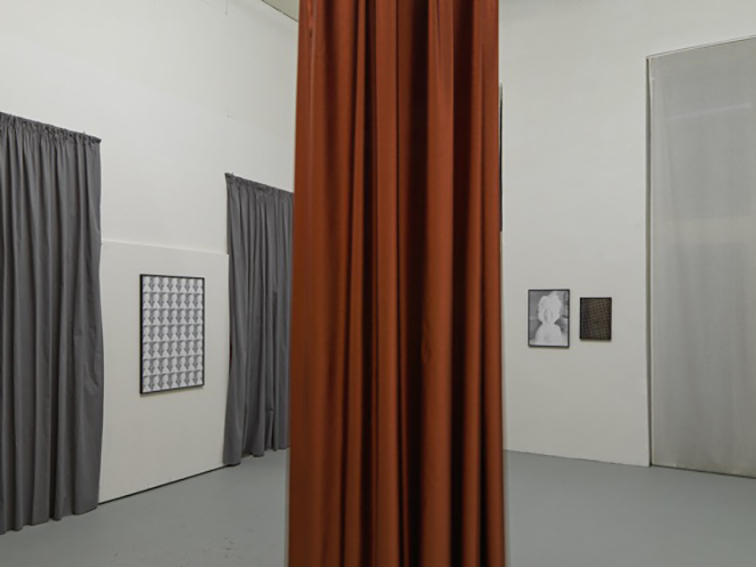 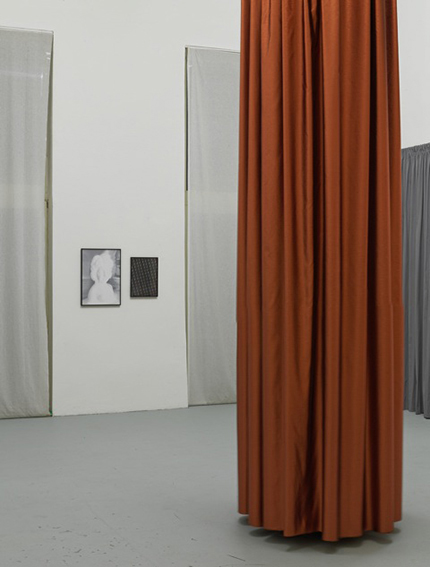 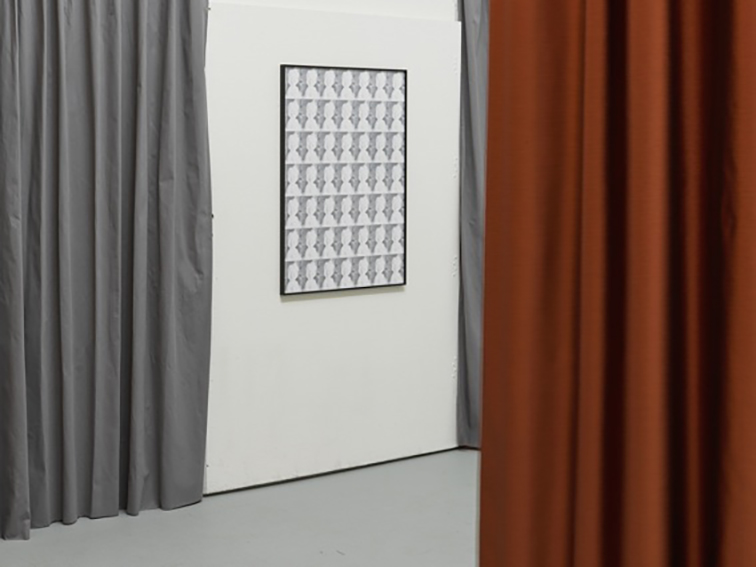 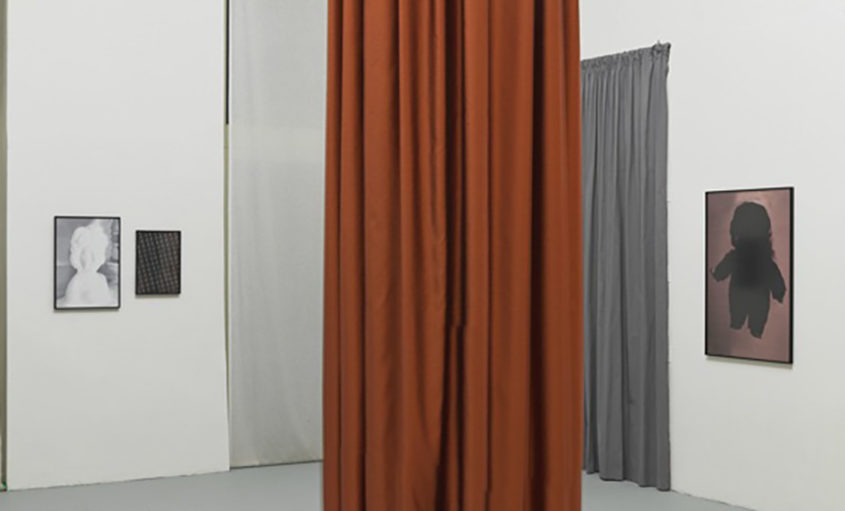 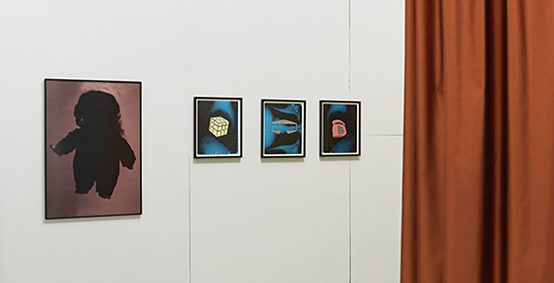 
THE GHOST IS ME

In the exhibition “The Ghost Is Me”, Heidi Holleis’ focus was on the topic of “Hauntology”. The word “Hauntology” was invented by the French philosopher Jacques Derrida and unfolded in the 1993 book “Spectres de Marx: L’état de la dette, le travail du deuil et la nouvelle Internationale” (Engl. “Spectres of Marx: The State of the Debt, the Work of Mourning and the New International”, Routledge 1994). Derrida’s book was written as a reply to Francis Fukuyama’s controversial work “The End of History and the Last Man” (Free Press 1992), in which the liberal thinker interprets the triumph of capitalism following the demise of the Soviet Union as the completion of history in the sense of Hegel. For Derrida, theories, opinions, and ideologies are still present today and not erasable from the map of thinking despite their failure. Derrida specifically refers to Marxism, which haunts the present like a ghost from the past. The word “Hauntology” can be derived therefrom: to haunt = (of a ghost) to appear in a place repeatedly, to cause repeated suffering or anxiety; ontology = the theory of beings. In other words: Something from the past haunts the beings, and these beings are, metaphysically speaking, in the mode of the present bound to the respective here and now.

In early 21st century pop theory and pop culture, the term “Hauntoloy” acquires a new connotation, especially through the writings of Mark Fisher (k-punk). The English philosopher and media theorist takes over Derrida’s rather political term and extends it to a socio-cultural dimension. For Mark Fisher, Hauntology is the epitome of the zeitgeist of the 21st century. This time is characterized by a radical depression; the ghosts of the past are resonating in the present and society is, in a way, incapable of creating anything new and trapped in the permanent repetition of itself. This situation manifests itself most of all in the use of new media: YouTube, for example, allows us to bring shows from the 1980s into the present and watch them full of melancholy and nostalgia.

In “The Ghost Is Me”, Heidi Holleis converted the theoretical framework into a room concept, in which the allusion to the 1980s played a central role.

At the centre of the room, a 5-meter-long two-piece drape hung fluttering down from the ceiling not touching the ground. It served as a reference to the element of the spectral, since the installation “Super Ego” was the presentation of an intangible apparition that suddenly materialised in the room. The shiny bronze fabric, which was evocative of magic shows from the past, was framed by a familiar, but not immediately identifiable sound.

Grey curtains that were hanging on the walls concealed the doors behind them, so that the visitors could not see them. These curtains, which had been made out of a theatre backdrop, dampened the sounds in the room, so that the focus on the acoustic experience was increased. This was another allusion to the spectral, which, in a way, also represents a threshold between the here and there, between space and time.

A particular colour scheme was used throughout the exhibition: all colours and shades were coordinated. The floor had been painted grey to match the works as well. The colours Heidi Holleis used here were earthy, ranging from dark to metallic, whitish to transparent, partly with an opaque shimmer. They should, once again, evoke the connotation of the spectral and mysterious: a reference to the foggy and, in combination with the constant sound in the exhibition room, to something mechanical, constantly swelling.

It was almost as if the individual graphics in the exhibition were playing with this element of coming-from-the-past: a telephone, sunglasses or a Monchhichi, even X-ray photographs, which reveal the once physical fragility of each body that has been carried through time, thereby depicting a vitality permanently geared towards death since birth. The question that ultimately remains is, if it is not us, with and in our bodies and memories, who are the actual ghosts of ourselves haunting the present.

The X-ray photographs were found in Heidi Holleis’ childhood home by chance, where they were lying on an old cupboard in the attic covered in dust. They are X-rays of lungs and the neck, which were rotated into a horizontal position or inverted in the graphics.

The whole arrangement of the room bore resemblance to an attic: forgotten pieces telling stories. This was contrasted by the moment of the anonymous: An object found at the flea market is the subject of two exhibits. One of them shows the found plaster bust from a frontal view, with one side of its face starting to dissolve (“Radical Change”). The same plaster figure can be seen on the other graphic, repeating itself in small-sized Pop Art style, thus looping itself (“Loop. Loop the Loop”). Additionally, the aluminium frames of the graphics were deliberately stylized in an ‘80s retro style.

The exhibition “The Ghost Is Me” was opened with a DJ set by Marco Russo (Das Russolophon), where Hauntology music was served (contemporary productions with a retrospective character).

At the closing event, a séance took place, where several people were sitting at a three-legged table, engaging in the invocation of the ghost of Karl Marx, and asking where and when the world revolution would start.

This was followed by a performance of Hoolshopper (René Nuderscher). The sounds, fog and light effects here also matched the quintessence of the exhibition: a compact light from afar with a nervous undertone.

The Ghost is me Playlist