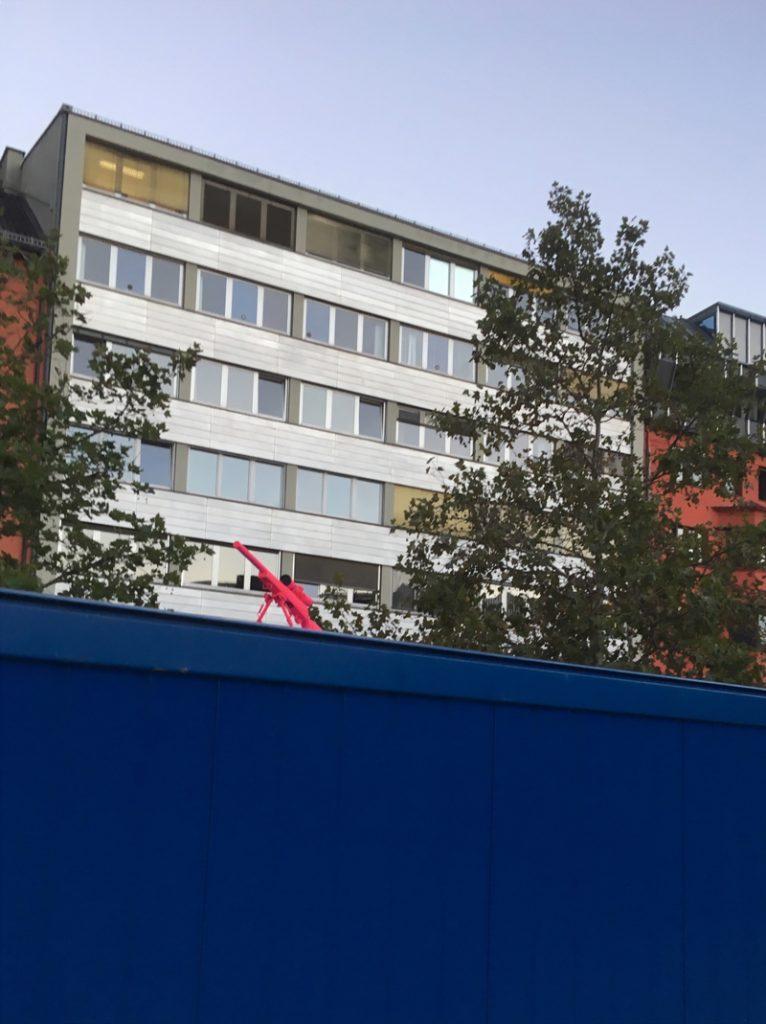 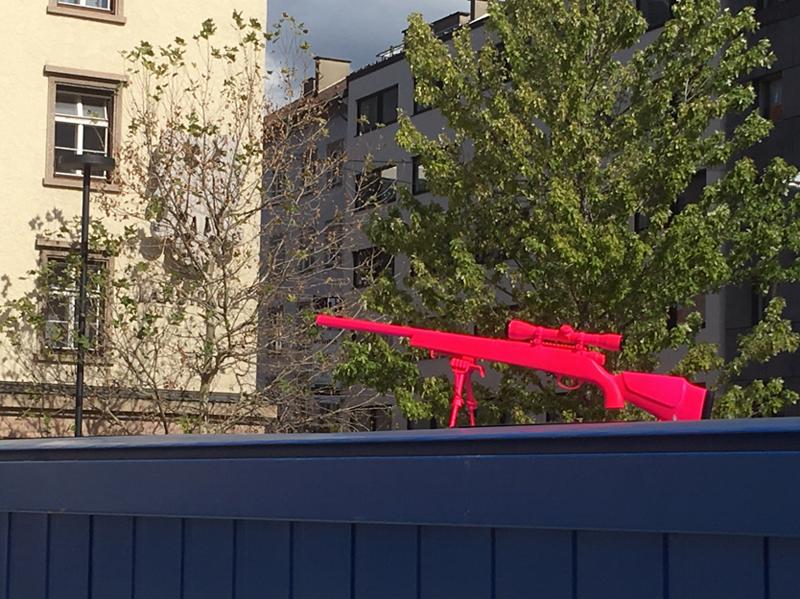 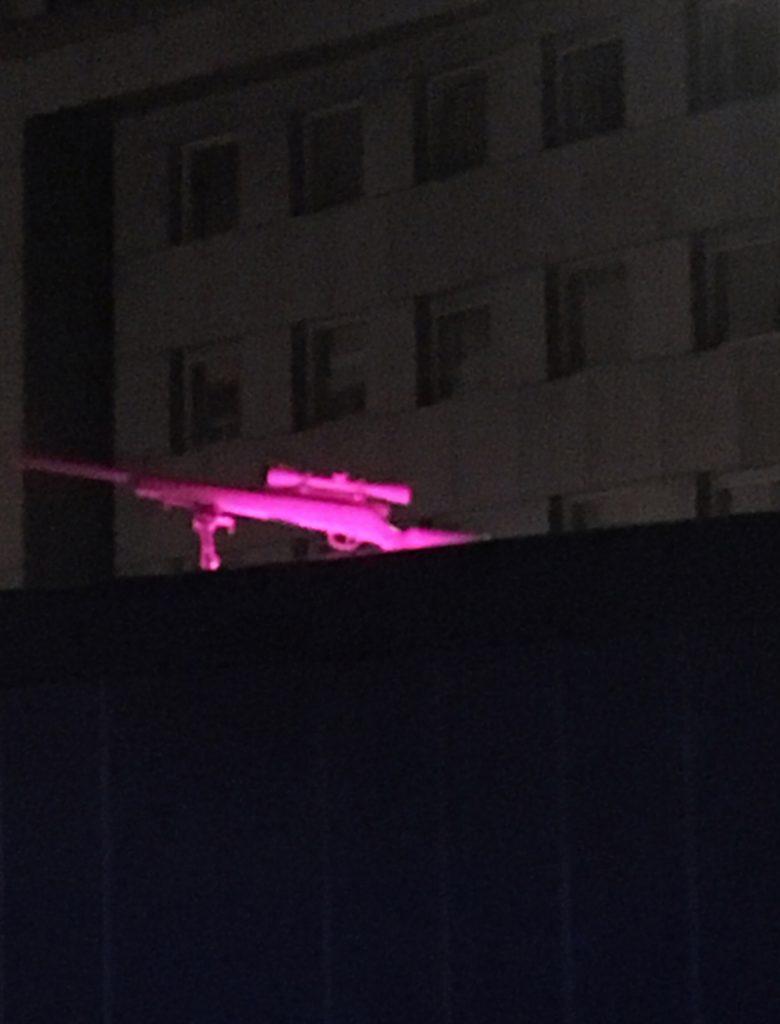 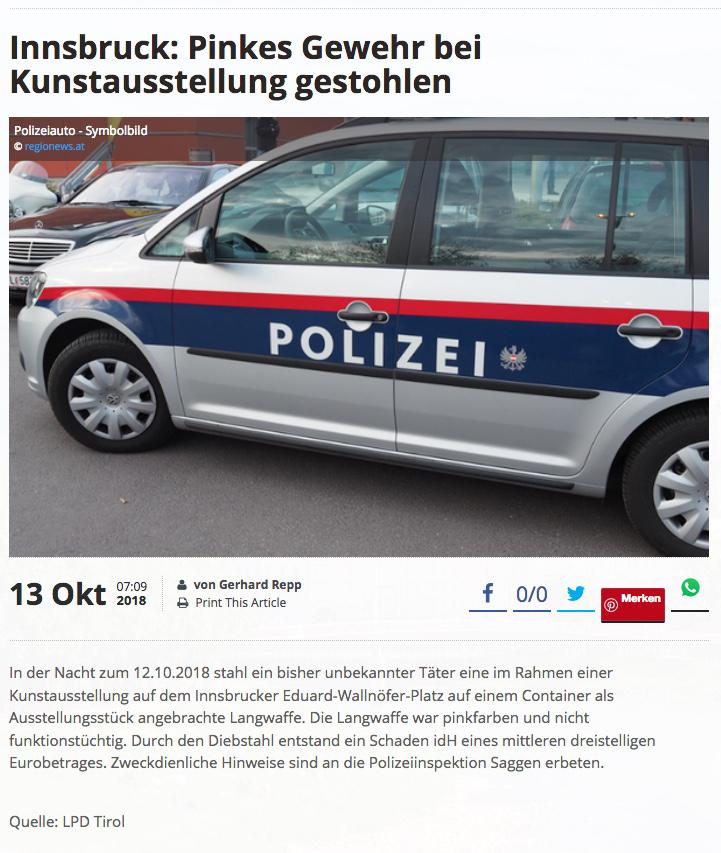 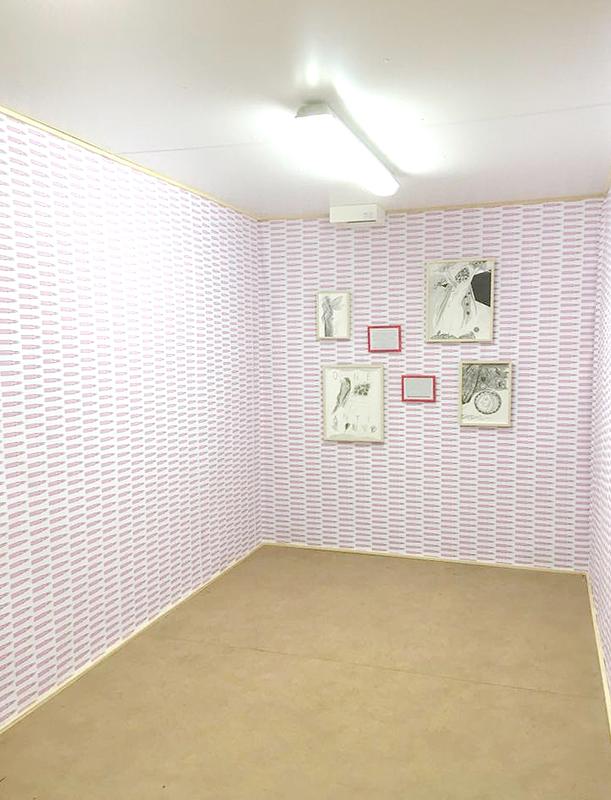 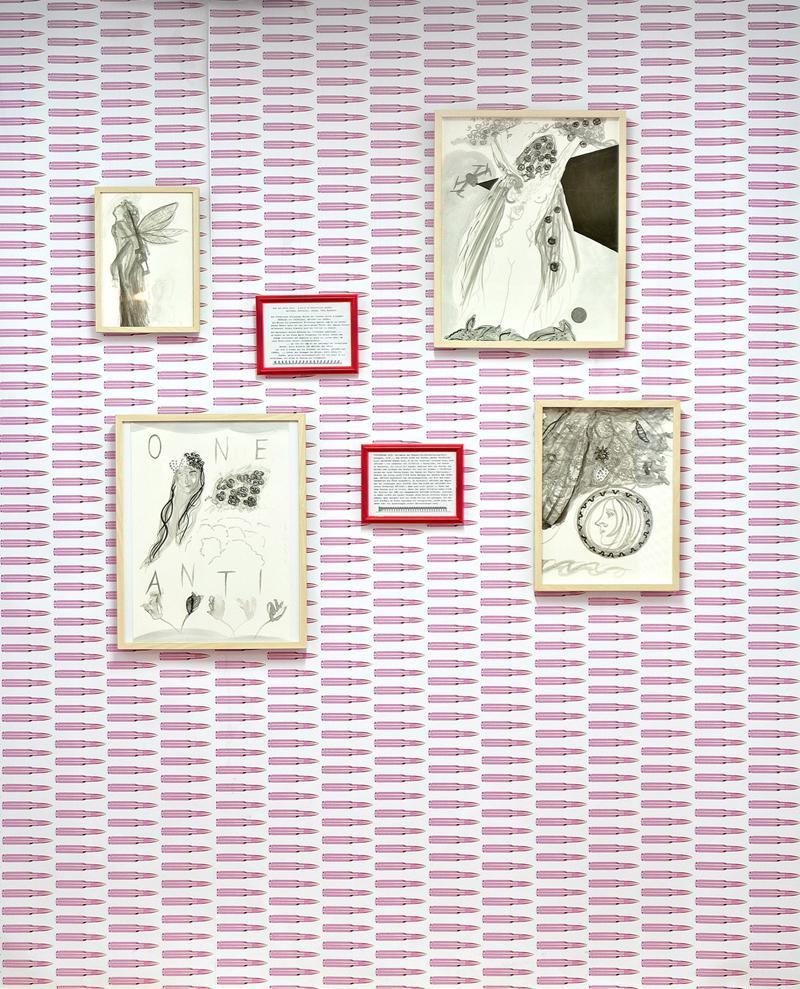 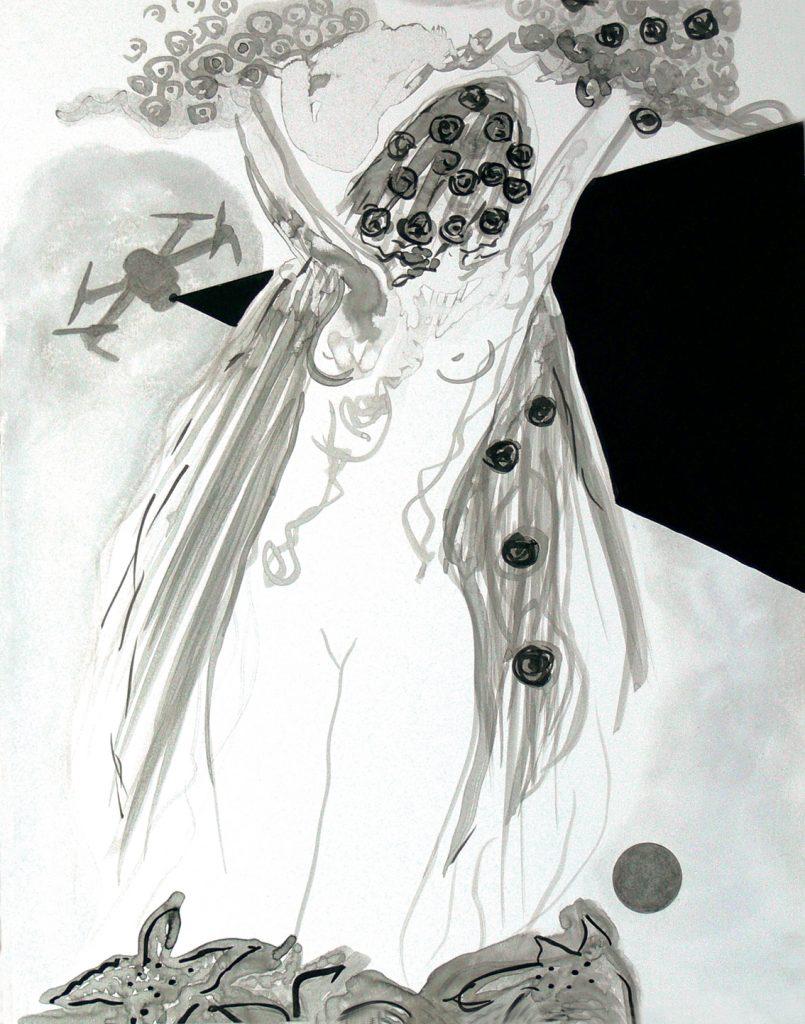 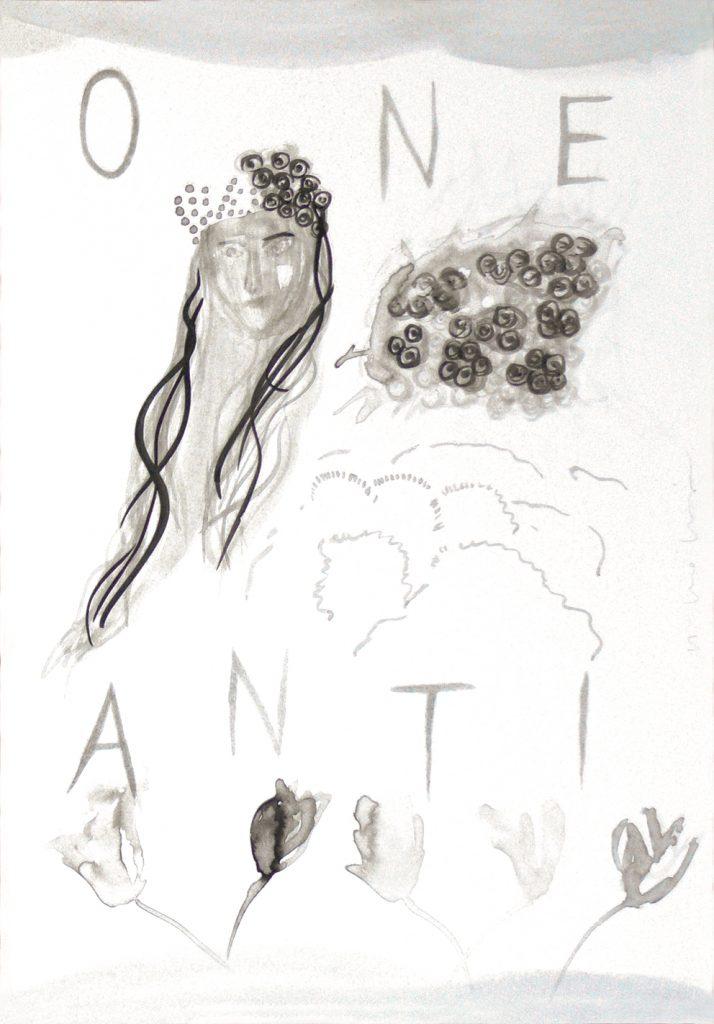 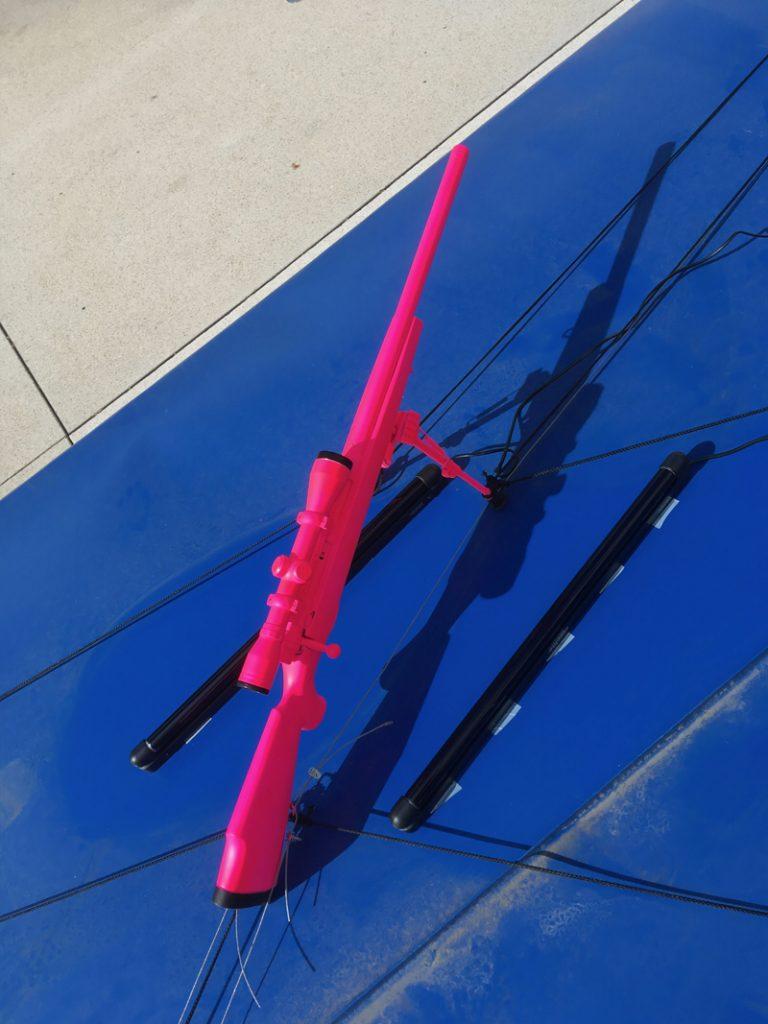 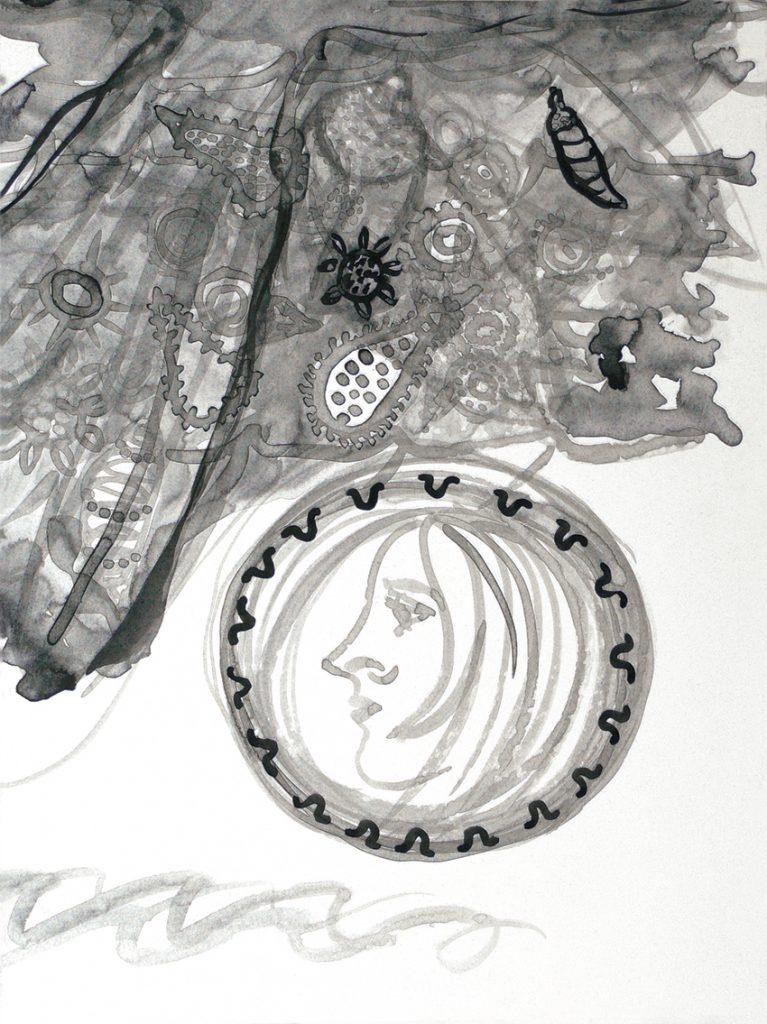 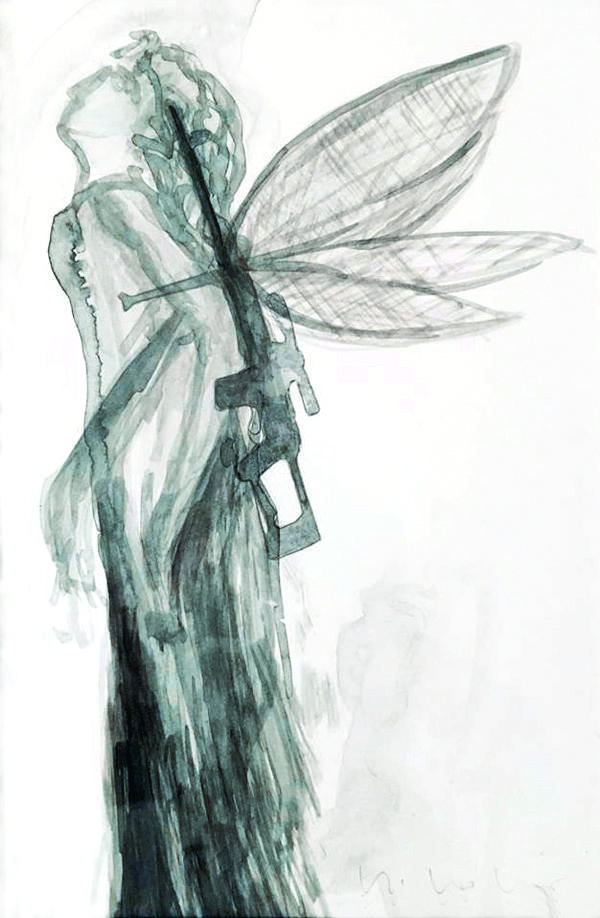 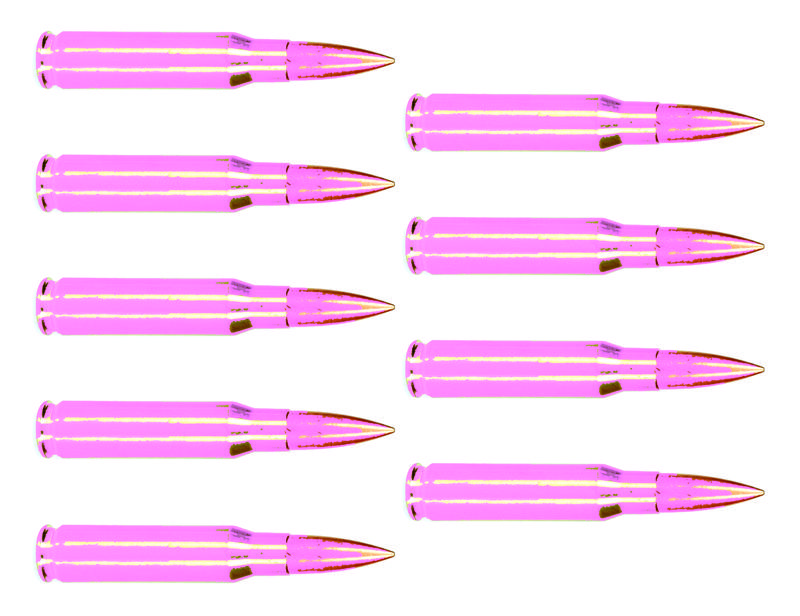 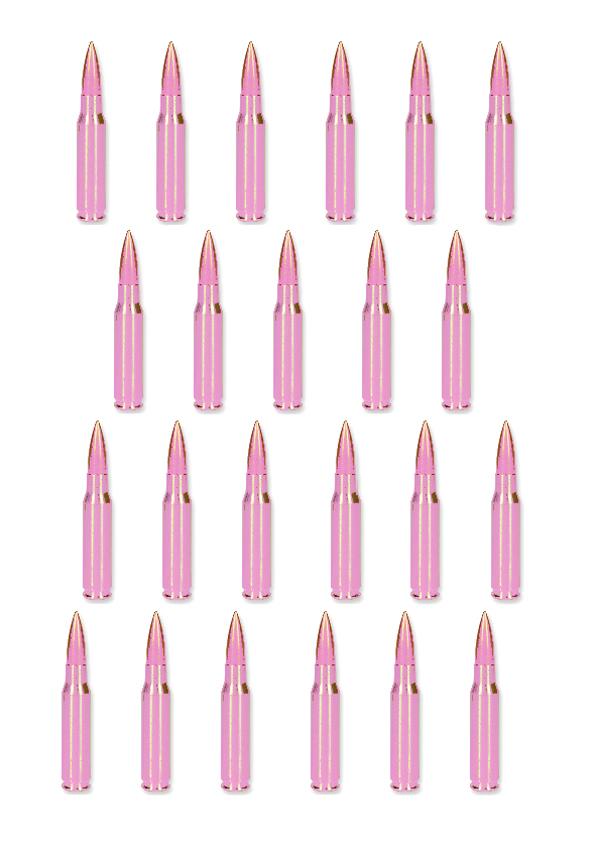 The philosopher Marcus Steinweg described the literary figure Antigone of the Greek poet Sophocles as a young girl, a teenager, whose acts could hardly be any more multifaceted. They are soft as well as determined, innocent and brutal, risky and playful. The depth of her anger, which can both be interpreted as an act of love as well as of madness, is still bewildering to this day.[1]

In her work, the artist Heidi Holleis plays with just this multifaceted nature. At first glance, the overall concept of her work “ANTIGONE” resembles a clichéd girl’s room. Its brave and almost infamous characteristic is only revealed at a closer look, which also applies to the literary figure. The pink cartridge cases stress the female aspect of the Greek tragedy, in which the female protagonist defies King Creon’s order by burying her dead brother so that his soul may rest in peace.

Ink drawings, the figurative representations of which not only fit in with the motive of the girl’s room but again put Antigone into a contemporary context, complete the work. The anagram “ANTI-ONE”, the only one that resists, as well as a drawing of an armed faun, whose androgynous appearance could also represent a killed warrior for example, not only leave plenty of room for interpretation but at the same time illustrate the many faces of Antigonean[2] behaviour.

Ink is traditionally made from soot and, in this regard, is similar to ashes, which already played a significant role in earlier works of the artist. An aluminium sculpture in the form of a pink sniper rifle, which has been put on the roof of the exhibition area, completes the installation on the inside. Like Antigone, art can be a resistance movement that acts in the realities of the social and political sphere as well as of the different ideologies of time.[3]

Heidi Holleis’ installation “ANTIGONE” was created as part of the exhibition “NOT” by the “youngCaritas” in September/October 2018. A temporarily put up blue cargo container on one side of the Tyrolean government building at the Eduard Wallnöfer Square presented the exhibition area. “ANTIGONE” consisted of an installation inside the cargo container as well as of a sculpture on its roof. The latter was a non-functioning pink aluminium sniper rifle that was directed at the Tyrolean government building. The artist therewith raised questions about war, fake news or the clash between individually established rules within family structures and state laws. Another central question was: “How far can the individual person in a democracy go when the state has proved incapable of solving a problem?” In this respect, the sculpture “ANTIGONE” stood as an icon of resistance on the roof of the cargo container. About a week after the opening date of the exhibition it was stolen by hitherto unknown thieves.

[2] “The Antigonean subject is a subject of its breathlessness accelerating beyond itself. A subject of precise self-exaggeration and rashness.” – Steinweg, Marcus (2007), Das antigoneische Subjekt, Steirischer Herbst. Online: http://archiv.steirischerherbst.at/deutsch/Archiv/Jahre/steirischer-herbst-2007/Open-Ups-2007/Das-Antigoneische-Subjekt-3596 (accessed on 20 August 2018)