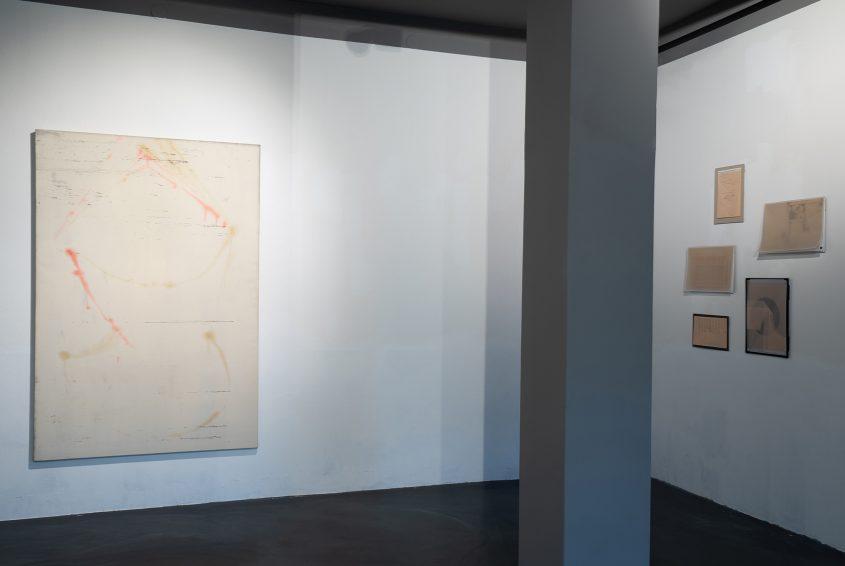 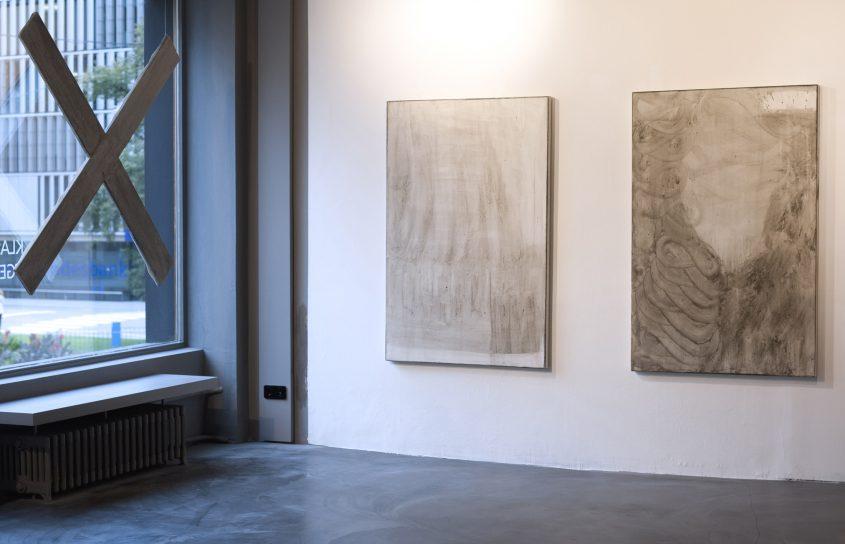 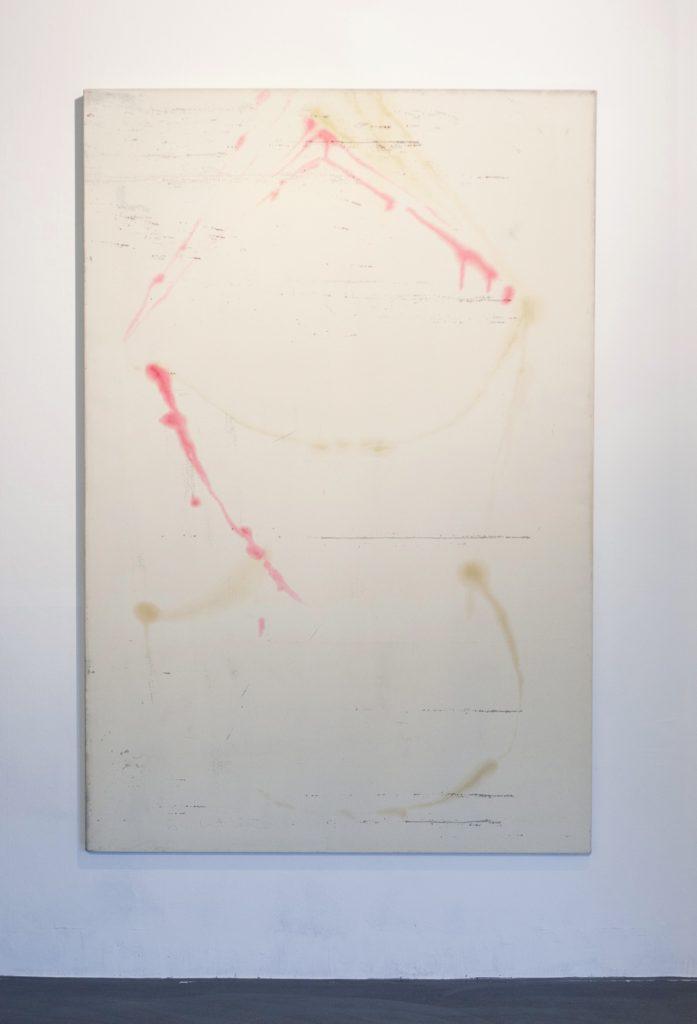 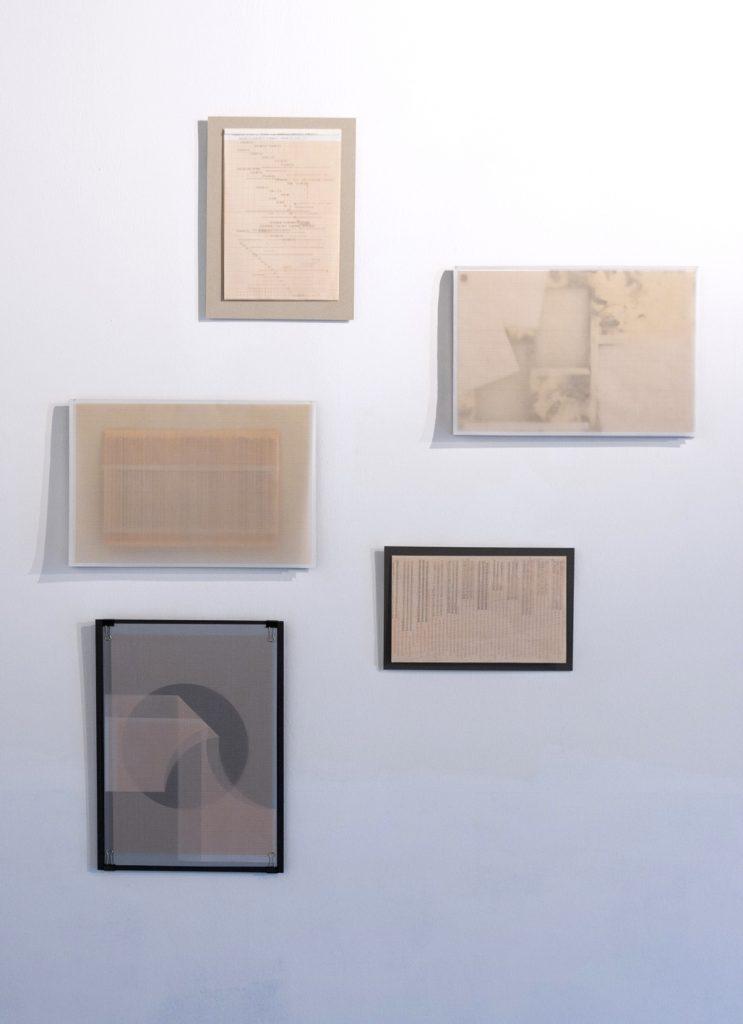 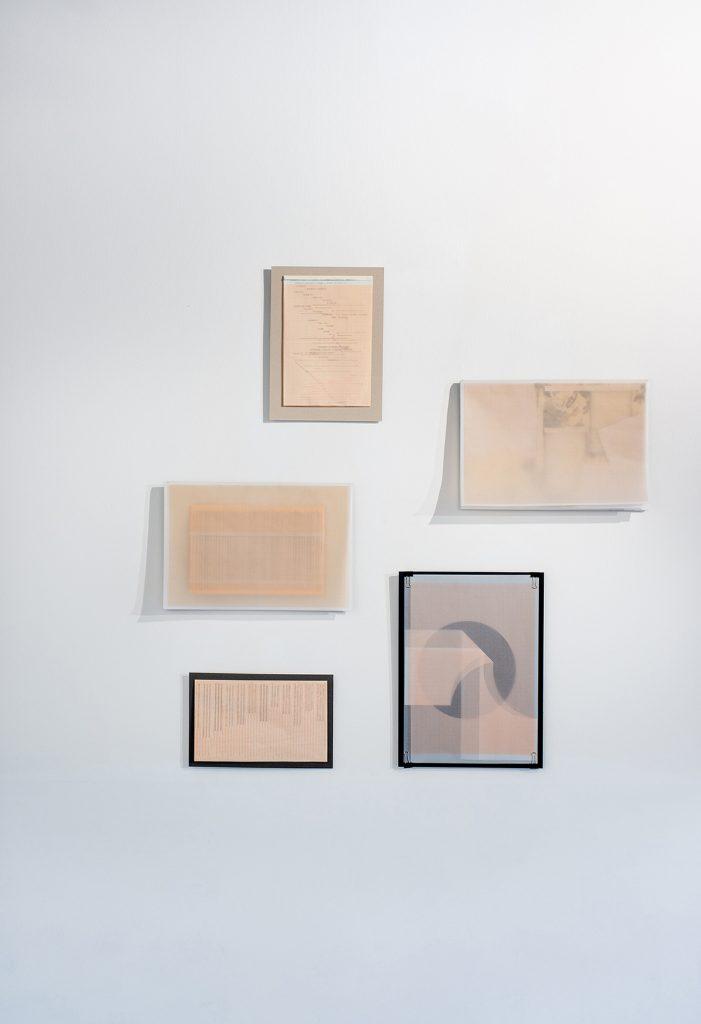 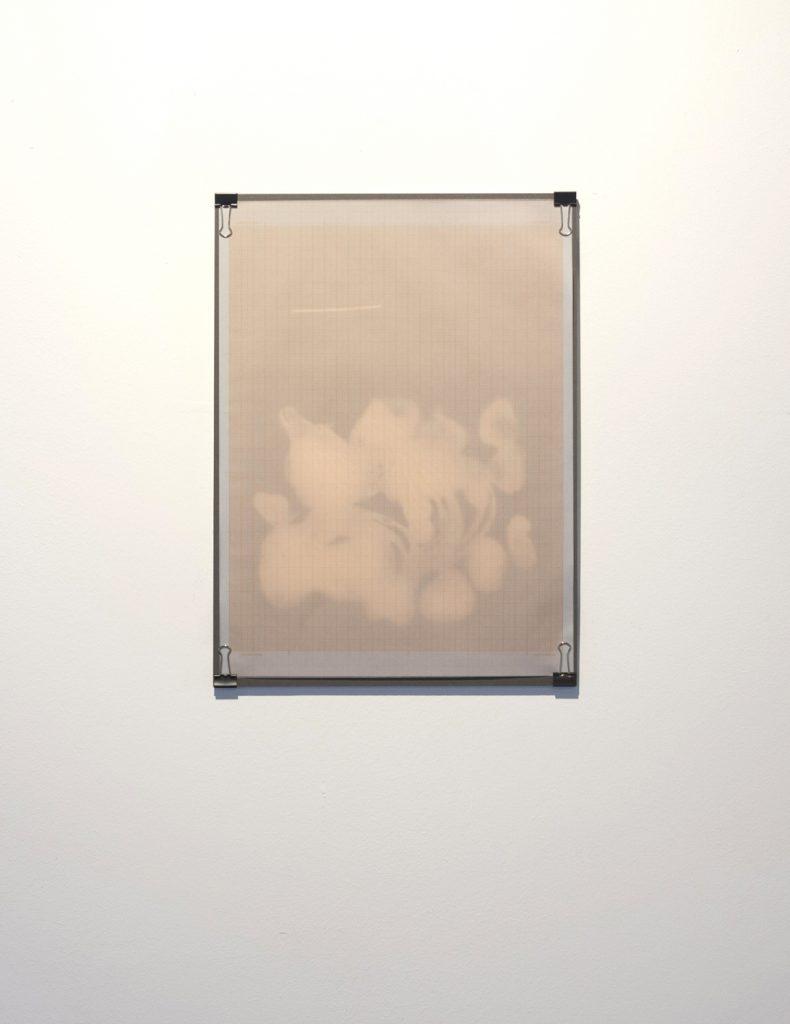 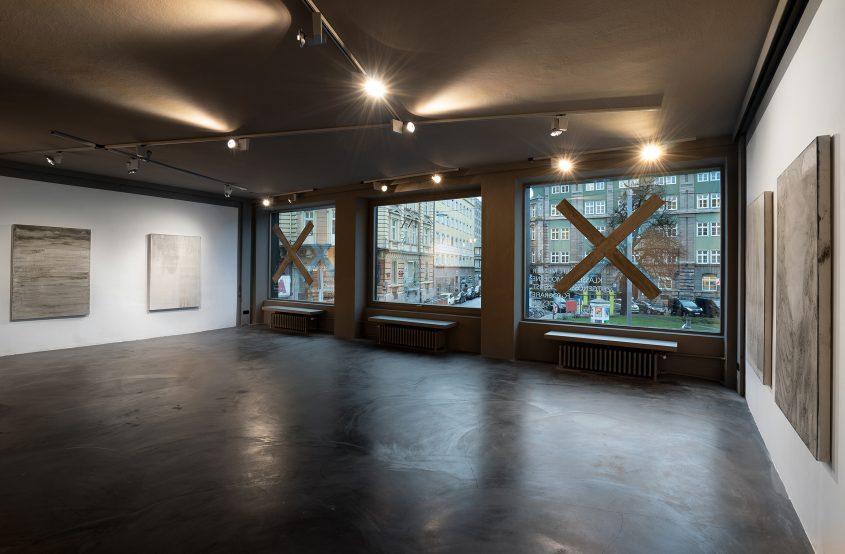 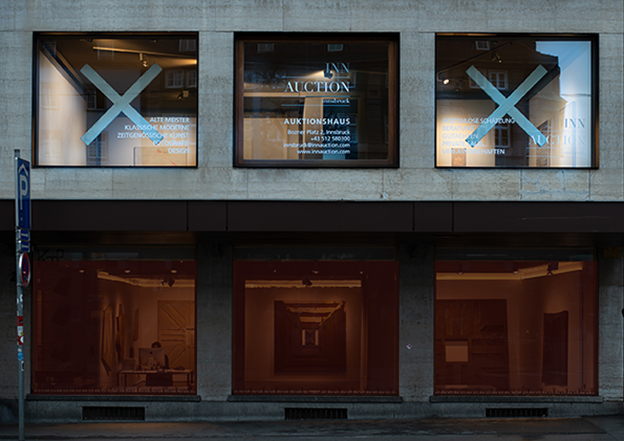 The Latin word “Ventilabo” can be translated with “swinging in the air” and is associated with ignition and excitement. “Ventilabo” becomes a metaphor for circulation that turns the inside to the outside in order to think the things of the past by means of the present into the future, all under the symbol of the ashes. This term represents the starting point of the exhibition for Heidi Holleis and initiates a confrontation with her artistic practice. Holleis thereby goes beyond an understanding of her painting as abstract, intuitive and sensory practice and tries to render the process, by which ash is created, as a performative act between entropy and chaos tangible.

With this in mind, the painting “Transfer”, which consists of a reversed canvas covered in ashes, is central to the exhibition. The abstraction and pictorial invention can be seen in those traces of paint and ashes emerging from behind the unprimed canvas. Compared to “Ashes to Ashes”, a series of 20 paintings from 2011, which has, so far, typified Holleis’ oeuvre, and 5 of which will be displayed in the exhibition, a steady evolution can be observed in this painting. As a result, her work can be read in a broader sense and is not only based on the association with the material of ashes, which stands for transience, death, humility, remorse, repentance and sorrow, but also for hope as in the phoenix motif, in which the bird arises from the ashes. Holleis takes up the narrative of the ashes to allow the presence of the object turned into this material to circulate in the air and, in doing so, to continue to allocate the dynamic power of swinging in the air, which was mentioned above, to the ashes. Holleis thereby extends the concept of the ashes in their symbolic value by referring to their origin and process of creation. Ashes, therefore, represent an empty space filled with information that stimulates an acquirement in letting go in the sense of a Taoist philosophy. It is not the destruction of the material value like e.g. damaging the canvas as the Italian minimalist Alberto Burri did with his burnt canvas coated in plastic, but a continuation of the concept of ashes into a vibrant material body in between the past, the presence and the future.

Consequently, entropy, a physical quantity between order and chaos, stands symbolically for the ashes. It is this material that, while burning, finds its way from the ordered physical structure of the original object to chaos and, on the canvas, back again to an ordered structure in the sense of the artistic process. This calls to mind Willi Baumeister’s book “The Unknown in Art” and his notion of the act of artistic practice, which he does not understand by means of the artist but with regard to the relationship between natural processes and human existence. The unknown thereby becomes the “numinous”, which Holleis takes up here. The concept of swinging in “Ventilabo” is further symbolized by the crosses of the “Poly X” series, 2 of which can be found hanging in the windows of the gallery, thus entering in a dialogue with the exterior space. The crosses made of ashes were previously put up at the pillars of the Innsbruck Cathedral in the direction of the altar with the aim of oversubscribing the church room on the occasion of an art project. They become an emblematic catalyst of the presence so as to discuss the existential reality of our being, as did Imi Knoebel with his “Projektion X” in 1971, in the course of which he projected a glowing X onto the house façades of Darmstadt at night and filmed this act out of a moving car. Therefore, the keystrokes on the collages on transparent paper “Form of Types” also become a rhythmic constant of vibration in the exhibition in order to dissolve the finitude of the word “Humanoid” in its meaning and questioning. The term is reinforced by means of repetition, in the same way as it disperses in the graphical layout to return to this swinging dialectic between presence and absence that henceforth captures the presence of the works in the exhibition.

In addition to its imaging power, ash becomes an autonomous actor, which is evident in the marking of the exterior space of the “Poly X” series, in the chain of words in the works on paper “Form of Types” or in the painting “Transfer”. The performative act of circulation of the material with its absence and presence becomes the leading rhythm. Holleis thereby opens a new chapter in her artistic practice and acts in a way that matches Sol LeWitt’s words from 1969: “Conceptual artists are mystics rather than rationalists. They leap to conclusions that logic cannot reach… Illogical judgements lead to new experiences.” [1]